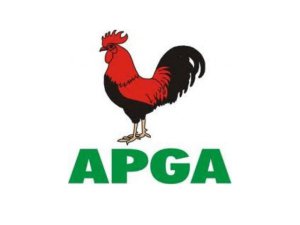 The All Progressives Grand Alliance (APGA), was, as of Sunday, leading in the Anambra State House of Assembly elections conducted on Saturday, with virtually all the former law-makers, who contested the election returning to the house. Although the Independent National Electoral Commission (INEC), in Awka, had not announced the results of the elections, as of the time of filing this report, those already released, at the local government areas, showed that APGA was in the lead. It had already won  Njikoka 1 and II, Orumba North and South, Nnewi South, Ihiala I and II, Oyi, Awka South , Ayamelum, Onitsha South I, Onitsha North I and II, Idemili South and Idemili North. Daily Times gathered that APGA might have won 26 out of 30 seats in the State House of Assembly.