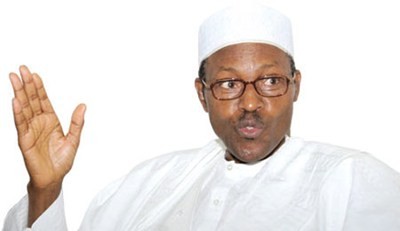 The President-elect, Maj.Gen. Muhammadu Buhari (retd.), on Sunday expressed sadness that the extremist Islamic sect, Boko Haram was allowed to embarrass not only the nation’s military but Nigeria as a nation.

Buhari, who said this in an interview he granted newsmen in Daura, Katsina State, urged the Boko Haram fighters to leave Nigeria.

The interview was monitored on television in Abuja.

He also dismissed reports quoting him as saying that he would get rid of Boko Haram within two months.

He explained that he could not have made such a promise with his understanding of how internal security works.

Buhari said, “I think I am too experienced in internal security operations to make such a comment. I don’t think I will make that mistake because of my experiences. Even when I was in uniform with the rebels in Chad and as the GOC in Jos and the period when I was Head of State, I did not say such thing so, for me to say that I will get rid of Boko Haram in two months is not correct; I don’t think I made that comment.

“We will try and work with our neighbours such as Chad and Niger who are fighting Boko Haram for us. And we are advising Boko Haram to pack and go.”

He said it was appalling that the Nigerian military which had an enviable record of performance in Barma, Liberia, Sierra Leone and Darfur as well as peace keeping operations around the globe, was humiliated by a band of marauders.

He also used the opportunity to explain some of the policy decisions he took as military Head of State.

According to him, he along with his colleagues came to the conclusion that most of the problems of the nation were traceable to indiscipline and decided to inaugurate a programme to deal with it.

This, he said, led to the inauguration of the War Against Indiscipline in 1985. He insisted that the initiative was well thought out and designed to last.