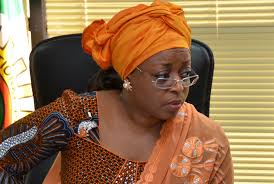 Mrs. Diezani Alison-Madueke, immediate past minister of petroleum resources, has been arrested by the UK National Crime Agency in London on Friday.

She was arrested alongside four others whose identities could not be immediately ascertained.

According to sources, she was arrested for offences relating to bribery and corruption.

The source said the UK National Crime Agency is investigating her.

The British High Commission in Nigeria confirmed that some arrests were made Friday but failed to disclose the identities of those involved.

President Muhammadu Buhari had hinted that those who misappropriated billions of naira belonging to Nigeria would soon be prosecuted.