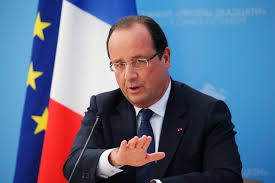 A delegation of 50 heads of French companies is expected to visit Nigeria next week to explore business opportunities and establish bilateral links in the country, the French Embassy said on Friday.
A statement from Georges Vanin, First Counsellor, Political Affairs and Communication, Embassy of France, said the business delegation was the first of its kind from France to any African country.
The statement said the delegation was organised by the Movement of the Enterprises of France (MEDEF), France’s leading network of entrepreneurs and the largest employer federation with 800,000 member firms.
According to it, the French companies on the delegation include those in the sectors such as building, transportation, environment, energy and sustainable cities.
“The largest economy and the largest population on the continent, the middle class is emerging in Nigeria, which demand new infrastructure facilities and equipment, but also in services and leisure.”
The statement quoted Mr Pierre Gattaz, President of MEDEF, as saying Nigeria is a land of investments and development for French businesses.
“Nigeria is a land of investments and development for French companies. Africa is our new frontier.
“We are friends and have much to gain by building strong, confident and sustainable business relationships.
“Although France has much to contribute to Africa, but Africa has so much to bring to France,” Gattaz said.
It added that Gattaz would lead the delegation of the 50 companies – small, medium or large – interested in the many opportunities of the Nigerian market.
The statement said Gattaz would lead the delegation to meet President Muhammadu Buhari on October 5 before meeting with the business communities.
It quoted Mr Patrick Lucas, President of the African Committee and Vice-President of MEDEF, as saying that close bilateral relations would be forged between the delegation and the Nigerian counterparts.
“We are excited to lead that delegation in a large English-speaking African country.
“Development opportunities for our businesses are significant and we hope that close bilateral links will be established during our trip to Nigeria,” Lucas said.
The statement said the trip would be an opportunity for many exchanges and meetings with all the representatives of the Nigerian society.
“MEDEF delegation wishes through this to build strong relations with this great country by promoting deals emphasis staff training and local contents,” it said. (NAN)