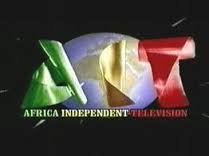 Reactions have continued to trail the ban placed on the African Independent Television (AIT) from covering activities of President-elect, General Muhammadu Buhari, by his media and publicity office.

AIT journalists were on Monday denied access to Buhari’s temporary office when they showed up to cover his official engagements.

His spokesperson, Garba Shehu, cited family and security concerns for the decision.

“AIT has been asked to stay aside based on security and family concerns. In addition, Buhari has decided that they will have to resolve some issues relating to issues of standard and ethics.

However, prominent human rights crusader and lawyer, Mr. Ebun Olu-Adegboruwa, lambasted the president-elect for the ban placed on AIT from covering his activities.

The lawyer who recently took the Lagos State Government to court over collection of tolls on the Lekki- Ikoyi Bridge described the decision as draconian and dictatorial.

He said that under section ”39 of the 1999 Constitution, every person, including AIT, has a right to freedom of expression and that of the press.

He argued that despite the clear position of the Nation newspaper, TV Continental other Nigeria’s online media against President Goodluck Jonathan’s policies, “he did not cultivate the habit of denying any media outfit access to cover his events.”

He said that the best thing for the President-Elect is to approach the court if he feels aggrieved over any news item aired by AIT.

A senior lecturer in the Law Department of University of Lagos, Barrister Wahab Shittu, in his reaction, stated that Buhari should put behind him all the smear campaign by the media outfit and move forward by working out ways to deliver his campaign promises, adding that he should see himself as a president of all Nigerians who may be criticized by anybody at anytime.

The Chairman of Aka Ikenga, Chief Goddy Uwazuruike, in his own comment, argued that all Nigerians should stand up against such a decision, as Nigeria is no more a military but a democratic state.

He stressed that Aka Ikenga condemned the decision out rightly, adding it does not mean well for the country’s democracy.

Former Chairman of the Nigerian Bar Association (Ikeja Branch), Barrister Chima Ubani, said, “I agree that AIT went overboard regarding the smear campaigns during the electioneering but now he is the President of all including Fani Kayode, Doyin Okupe and Ayodele Fayose.

“He needs to forget and tolerate the media because he cannot fight the press and win.  Even we in the judiciary know that clearly. He cannot employ self-help, if he does that it will be unconstitutional.

“I love him so much, I believe he will bring the change everyone is asking for. He needs the contributions of everybody to succeed, this is not the time to fight anyone.”

A UK-based activist and strong supporter of Buhari, Kayode Ogundamisi, described the decision as a “disappointing”.

Writing on his Facebook page, Ogundamisi said although it is understandable for the President-elect to feel aggrieved about the activities of AIT, there was no basis for Buhari to ostracize the television station.

“News of General Buhari barring AIT is disappointing, the decision should be reversed, whoever advised the General to bar the organisation does not wish him well,” Ogundamisi said.

Also, an Abuja based lawyer, Abdul Mahmud, said that the decision to bar AIT was strange.

He said Buhari promised Nigerians change and that if he felt his fundamental rights were infringed upon, there were a lot of channels open for him to seek redress.

He said Buhari should have approached the Broadcasting Organisation of Nigeria, the Nigeria Broadcasting Commission or even a competent court of law.

Mahmud also said Buhari would be taking off on a wrong footing by declaring a media war.

Mahmud also faulted the decision of Buhari on the grounds of privacy, as the place of his present abode, the Defence House, is an official building that is owned by Nigerian taxpayers.

However, some Nigerians also said Buhari acted within his right to stop the AIT from covering his activities.

The Chairman of the Peoples Democratic Movement (PDM), Bashir Yusuf said the change Nigerians voted for is a change from having things done on the basis of “business as usual”.

Yusuf said the right to free speech stops where one’s right to privacy and safety starts.

“When people voted for change, were they told AIT and the media will be exempt? That business as usual can proceed in the name of free speech?

“In the US they have barred media organisations from covering the White House on ethical grounds. Now AIT is involved, the heavens is about to fall.

“I am of the view that AIT and NTA’s licences should have been revoked a long time ago. They have serially violated the Broadcasting Code.

“It’s a fallacy that because you have the money to set up a private TV station, you are a defender of free speech and can invade my privacy,” he said.

Meanwhile, the All Progressives Congress (APC) has reversed the controversial decision.

The party said all accredited media organizations in the country, including the AIT, are free to cover the activities of the president elect.

The party in a statement issued in Abuja on Tuesday by its National Publicity Secretary, Lai Mohammed, said the incoming Buhari Administration would not discriminate against any media organization, irrespective of its role during the electioneering campaign leading up to the recent polls.

The statement however enjoined all media organizations to observe the highest level of professional standards in carrying out their duties.