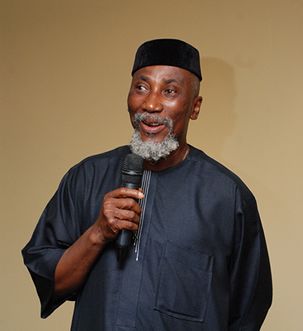 President, Nigerian Ship owners Association (NISA), Capt. Olaniyi
Labinjo, on Wednesday commended the Federal Government’s directive
that the Nigerian Maritime Administration and Safety Agency (NIMASA)
should strictly implement the Cabotage Act 2003.
Labinjo gave the commendation in a statement made available to newsmen
in Lagos.
According to the statement, the Federal Government is unimpressed with
the level of compliance with the Cabotage Act which prohibits the use
of foreign vessels in domestic shipping.
It said: “In a letter addressed to NIMASA, the minister of transport
noted the series of complaints from organisations and public-spirited
individuals and the inability to effectively harness the potential in
the maritime sector’’.
The statement quoted the minister as saying that the strict
application of the Cabotage and NIMASA Acts would go a long way in
ensuring greater revenue for NIMASA and the country.
It said the compliance would also “unleash a chain of economic
benefits to corporate bodies and individual players in the industry’’.
The statement recalled that Labinjo, had in an earlier letter to the
government, stated that 500,000 direct and indirect employment would
be generated immediately.
It said this would fetch a disposable income of N4.8 billion monthly
if Nigerian-flagged vessels were engaged exclusively for the
lighterage of the 1.6 billion litres monthly of petroleum products for
domestic consumption.
“As for the offshore marine vessels requirement, 912 assorted
offshore support vessels are required by the Oil and Gas industry.
“This will provide over 500,000 direct and indirect employment for
the teeming youths and a conservative daily expenditure of over three
million dollars (about N591 million).
“This is the intendment and spirit of the Cabotage Act which was
passed in 2003.
“By this directive, the government has demonstrated that it has the
political will necessary to unlock the potential in the maritime
sector,’’ the statement quoted Labinjo as saying.
It noted that members of the association, the jubilant seafarers and
employees, welcome the development.
The statement said that with the government’s directive, the seafarers
and employees were sure of having their jobs back.