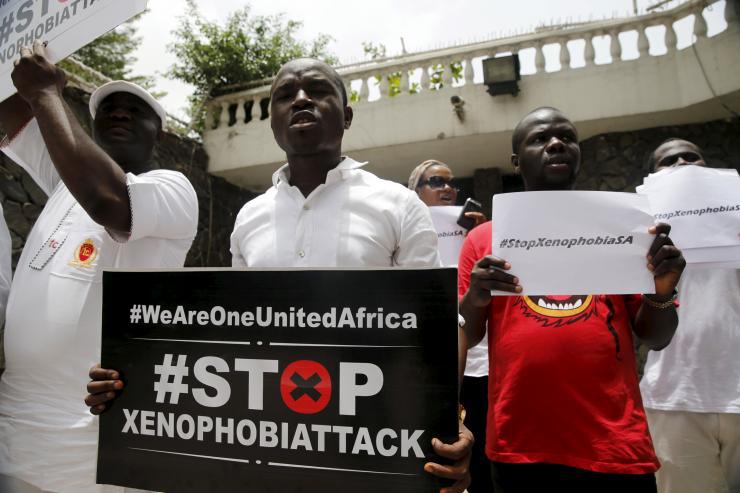 South Africa closes consulate in Lagos, fears reprisals
Following protests by Nigerians against attacks on foreigners in South
Africa, the country on Wednesday announced the closure of its
consulate in Lagos.
The country’s Consul-General in Nigeria, Sam Monaisa, said this in a
statement to the South African Business Forum.
According to him, the closure would remain in force until Thursday.
Although the situation in Durban has calmed down, he was concerned
about the Nigerians that were being repatriated.
Monaisa accused Nigerians of “using the social media to blow an
already tensed situation in South Africa out of proportion and stoking
emotions.”
This was why Nigerians believed that their compatriots were being
killed daily in South Africa, he said.
He warned members of SABF, to stay alert and not move around unnecessarily.
South African business concerns and citizens became targets of threats
and acts of retaliation whenever xenophobic attacks occurred in South
Africa, he cautioned.
Meanwhile, South Africa’s cabinet has warned that companies operating
in the rest of Africa might be targeted, just as Johannesburg-based
Sasol Ltd. announced it was repatriating South African employees
working on projects in Mozambique for their own safety.