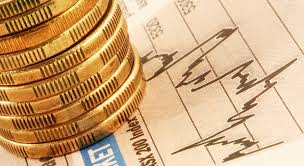 Awoyemi told newsmen that while tracking Emefiele achievements after 365 days in office was good, the imperatives of the economy must be noted.

According to him, one year is too short to do a meaningful assessment of his policies.

He said the circumstances which led to the emergence of Emefiele and the build up to the 2015 elections made it too early to do a meaningful assessment of his policies.

“Nigerians need to understand that Emefiele came to power at a `very difficult’ period with the attendant challenges of the 2015 general elections.

“However, he has tried to formulate policies that will maintain and balance the economy.

“Based on these challenges and the pressure on the economy as a result of the elections, I think it is rather too early to assess him,” he said.

Emefiele, who assumed office on June 3, 2014, had promised to create a “CBN that is professional, apolitical and people-focused”.

He said the CBN under his watch would channel its energies into building a resilient financial system that could serve the growth and development needs of Nigeria.

Emefiele said the CBN would pursue a gradual reduction in interest rates, an apparent shift from his predecessor’s monetary policy that was credited with bringing inflation down to single digits.

Interest rates have been stuck at 12 per cent since late 2011, and several measures have been made to tighten liquidity which had brought inflation down, but made some stakeholders to describe lending rates as too punitive.