Samuel Ortom, Benue State governor, has hailed Nyesom Wike, his Rivers counterpart, as a worthy friend, promising to work with him to liberate Nigeria.

The Benue governor made the statement on Sunday when he hosted his colleagues: Nyesom Wike of Rivers, Seyi Makinde of Oyo, Okezie Ikpeazu of Abia, and Ifeanyi Ugwuanyi of Enugu, in Makurdi, Benue state capital,

Ortom described Wike as a “worthy friend” who has always shown support for the people of Benue, NAN reported.

“When Benue was under siege, he donated N250 million and he subsequently spent over N700 million to support the state to tackle the humanitarian crisis occasioned by the unwarranted attacks,” Ortom said.

“He did not stop at that. He convinced Emmanuel Udom of Akwa Ibom to also assist the state and he donated N200 million to us.”

Wike had contested the PDP presidential election in May but lost to Atiku Abubakar.

The Rivers governor also lost the PDP vice-presidential ticket after Atiku picked Ifeanyi Okowa, governor of Delta, over Wike who was recommended by a panel comprising governors and national working committee (NWC) members.

The Rivers governor is at the forefront of the campaign for the resignation of Iyorchia Ayu as the national chairman of PDP. 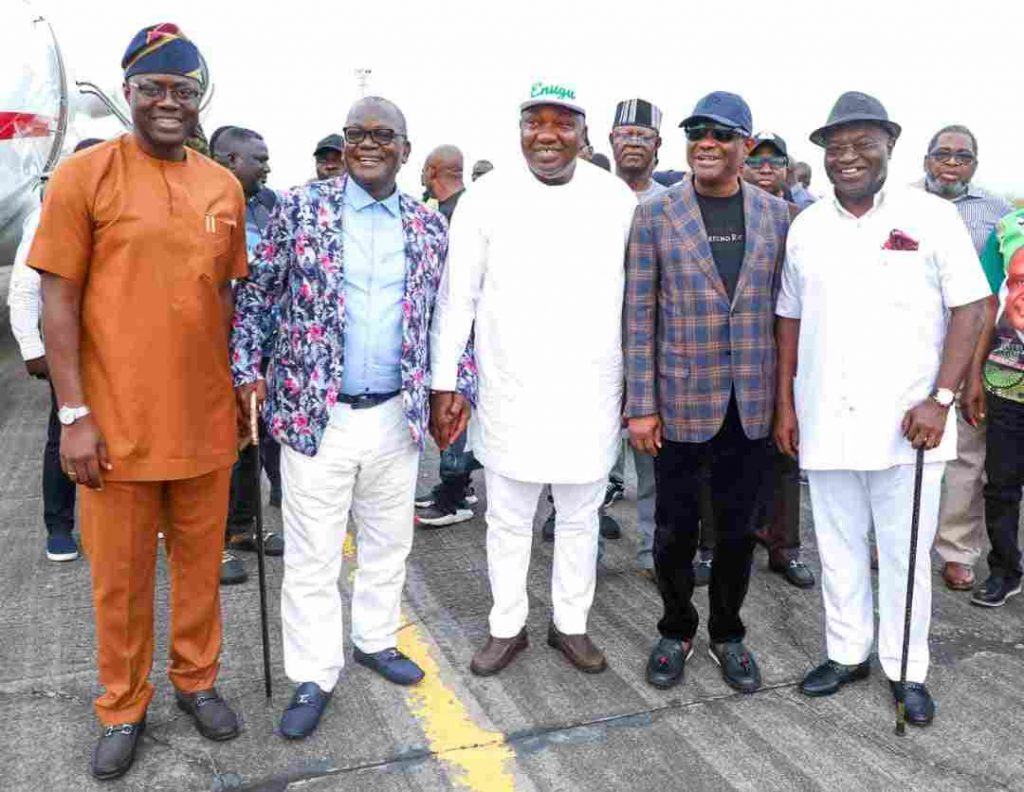 Despite being from the same Tiv-speaking part of Benue with Ayu, Ortom has insisted that Wike’s demand be met.

According to Ortom, Wike has been unfairly treated by PDP.

“Injustice has been meted to governor Nyesom Wike of Rivers, and it must be addressed. Justice must be served to him,” Ortom said in September.

“Wike stood and supported the party and he should be given due attention.”

The five governors have boycotted the PDP presidential campaign.

Reports say the governors are contemplating who to back between Bola Tinubu of the APC and Peter Obi of the Labour Party.