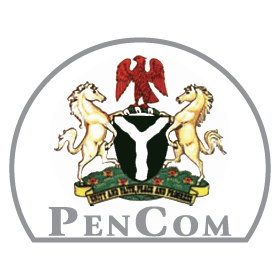 A total of 15,953 employees were insured by their employers under the compulsory Group Life Insurance Policy in 2019, statistics obtained from the National Pension Commission on Thursday on its 2019 annual report on ‘Life insurance policy for employees’, have revealed.

Part of the report read, “In compliance with the provisions of the PRA 2014, a total of 83 employers of labour covered under the CPS submitted their Certificates of Group Life Insurance Policy covering over 15,953 employees in the year under review.

“A breakdown of the 83 GLIPs submitted showed that 81 employers were from the private sector while one each were an FGN and state government institutions.”

During the period under review, the commission said it received notification for three missing employees whose cases were being processed as of the end of the year.

It added that the benefits of those who retired from employment on medical grounds as certified by qualified physicians or medical board were treated as normal retirees and placed on programmed withdrawal or retiree life annuity.

During the year under review, it said, approvals were granted for payment of death benefits totalling N27.22bn to the named beneficiaries of 6,609 deceased employees of the FGN, state and private organisations.

The commission said this brought the cumulative payment to N194.80bn for beneficiaries of 60,921 deceased employees from inception to 31 December 2019.

During the year under review, it said, approval was granted for en bloc payment of RSA balances amounting to N2.35bn that were insufficient to provide at least 50 per cent of last emoluments as monthly pension of 10,511 retirees either by programmed withdrawal or annuity.

This represented an increase of 16.31 per cent during the year.

A review of the retirement profile in 2019 revealed that 13,153 contributors retired under life annuity.

The 13,153 retirees received a total sum of N24.92bn as lump sum and paid premium of N78.44bn to insurance companies in exchange for monthly annuity payments of N817.62m.