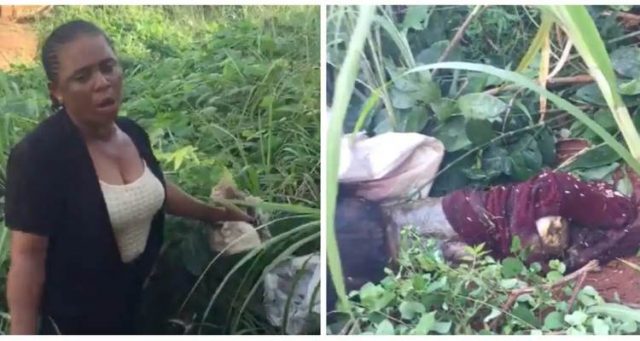 Police in Anambra State has confirmed the arrest of a woman caught dumping the body of a 3-year-old child in a bush after allegedly beating her to death.

Tochukwu Ikenga, the state police spokesman confirmed the arrest in a tweet on Thursday.

“On the incident about a woman who allegedly flogged a 3-year old child to death & dumped her body in a bush, she has been arrested & investigations is ongoing,” he said.

“The lesson for us to learn is that we should be cautious when angry & desist from going physical when correcting our wards.”

National Agency for the Prohibition of Trafficking in Persons (NAPTIP), Anambra division had arrested the woman over the act.

The woman took NAPTIP officials to the bush where she buried the child and a shared online video showed that the body of the victim is already decomposing.

Speaking in Igbo, she said: “I beat her and she started convulsing so I took her to Kings (hospital). Getting there, she died, so I threw her body here.”