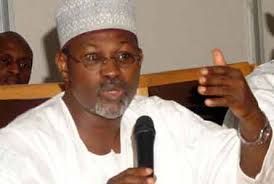 The Chairman, Independent National Electoral Commission (INEC), Prof. Attahiru Jega, has said the era of politician winning elections by hook or crook is over.

Jega also rejected the proposal by the state Resident Electoral Commissioner, Istafanus Dafuang, to stagger the governorship and State Houses of Assembly election in the state.

The state REC had proposed that the elections for Benue South and Benue North West be conducted on the same day, while the one for Benue North-East, where the state governor, Gabriel Suswam, comes from be held on a separate date.

The state REC made this known in Makurdi on Thursday at a stakeholders’ meeting with candidates for the governorship as well as state Houses of Assembly and politicians in the Saturday’s elections.

Jega, who attended the stakeholders meeting, insisted that all elections in the state must be held on the same day but was silent on the call for the removal of the state REC by the state Peoples Democratic Party (PDP) Chairman, Emmanuel Agbo.

Jega further pledged that he would ensure next Saturday’s election was free, fair, violent free and a level playing field provided for all participants in the elections.

He explained that the damage done in Benue during the presidential and national assembly elections were enormous, pointing out that the commission had to replace about 200 card readers in Benue alone.

The INEC Chairman warned both the ad-hoc and permanent staff of the commission that they would be held responsible should investigations prove they were found culpable in Saturday’s elections.

But without mentioning names, most of the speakers pointed accusing fingers at the state governor, Gabriel Suswam, for the issues arising from the presidential and national assembly elections in the state.