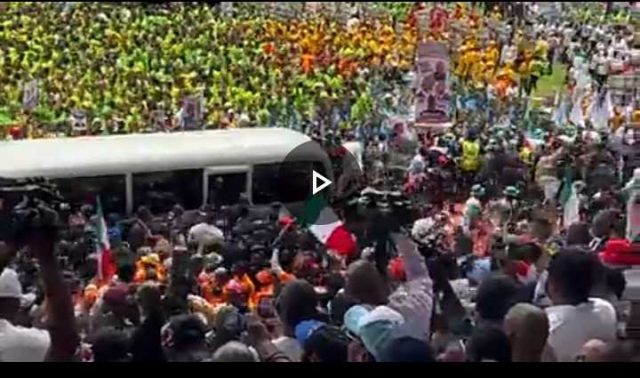 The Peoples Democratic Party (PDP) has flagged off its presidential campaign in Uyo, Akwa Ibom State, with Nyesom Wike, Rivers State governor, and his allies missing.

The party’s official flag-off is taking place at the Nest of Champions Stadium in Uyo.

Wike and his allies, including Samuel Ortom of Benue State, Okezie Ikpeazu of Abia State, Seyi Makinde of Oyo State and Ifeanyi Ugwunayi of Enugu State failed to attend the event.

Recall that the five state governors recently pulled out of the party’s presidential campaign team after the party failed to meet their demand for the removal of the National Chairman, Iyorchia Ayu.

It was gathered that they paid homage to the traditional institution in Akwa Ibom state headed by His Eminence, Nteyin Solomon Etuk, the Paramount Ruler of Nsit Ubium and Chairman of the State Council of Chiefs.

Four of the six South-South governors were also confirmed to be present alongside the Chairman, NGF, Alh. Aminu Tambuwal of Sokoto state