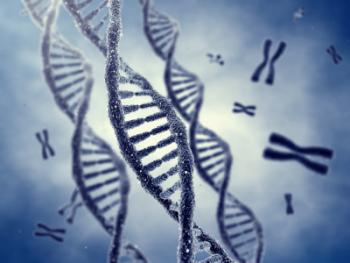 Researchers behind a new study say their findings bring us closer to realizing the promise of personalized immunotherapy – the ability to rapidly produce a vaccine that trains a patient’s immune system to destroy tumors and leave healthy tissue intact.

The core idea of immunotherapy – priming immune cells to recognize and attack tumors – has been proven numerous times in petri dishes. But unfortunately, the principles established in the lab are failing to translate into successful attacks on real tumors.

Prof. Ugur Sahin, study senior author, doctor of medicine and managing director of TRON, notes that it has long been known that each tumor has its own configuration of cancer-specific mutations – termed the “mutanome.”

The first challenge he and his colleagues confront in their study concerns how to produce a template of a tumor type from its mutanome that can be fine-tuned to incorporate variants that are specific to a particular patient’s tumor.

Within this challenge lies the need to ensure the template contains mutations that are known to trigger immune responses. This is the “vaccine” part.

The second challenge the team confronts in their study is how to fine-tune the template for a specific patient fast enough that it can be used before the tumor has advanced and developed. This is the “on demand” part.

Spanning these two challenges is the poignant reality of cancer – it progresses. Like other cancer therapies, cancer immunotherapy is a race against time.

In their study, the team showed how their solutions to these two challenges caused tumors not only to regress, but in some cases disappear completely – in mice.

To address the first challenge, the team sought mutations in tissue samples from three different types of tumor: skin cancer, colon cancer and breast cancer, and they used sequencing techniques to identify their genetic fingerprints.

Their goal was to find – among the many different mutations in each type of cancer – the ones most likely to be recognized by the immune system.

Through their efforts, the team established for the first time that up to 20% of all the mutations in a tumor have the potential to trigger an immune response.

Prof. Sahin, a translational researcher who has pioneered the use of immunology and bioinformatics in finding cancer targets, says an important reason for their success was keeping an open mind about which particular types of immune cells might be involved, as he explains:

“Because, surprisingly, the majority of tumor mutations are not detected by the usual suspects, the natural killer cells, but rather by so-called helper cells. Such a high proportion of relevant mutations, in turn, is important for the broad applicability of the approach, because many tumor types thus have sufficient points of attack and appear to be treatable in principle.”

At this stage, the researchers had a template of mutations to search for in specific, individual patients’ cancers. This work completes the first challenge. The second challenge was about fine-tuning the template.

To surmount the second challenge, the researchers found a way to use the template and a bioinformatic algorithm to quickly identify – from a patient sample of a tumor – the unique fingerprint of sufficient mutations to put in a vaccine so it trains the immune system to target the specific tumor.

“Once the relevant mutations have been identified, we can use this information to create a customized medication without excessive effort,” Prof. Sahin notes.

As already mentioned, speed is of the essence. So a crucial decision is what is the minimum number of mutations to focus on to get an effective vaccine.

The researchers decided ten mutations that attack different points on the tumor and minimize the risk of developing resistance were sufficient. They also used messenger RNA (mRNA) to carry the mutations – mRNAs do not hang around after they have trained the immune cells to target the tumor.

Using mice, the researchers showed that confronting the two challenges to creating a “vaccine on demand” resulted in effective regression and elimination of tumors.

In a final phase of the study, the researchers showed they could apply the approach to human tumors, successfully matching the types and the incidences of the mutations that are relevant to generating an effective immune response.

The next step is to use these approaches to complete the translation from “bench to bedside.”

The team plans to test their findings in an international clinical study of malignant melanoma and also in other clinical trials.

Meanwhile, Medical News Today recently reported how another study led by the Karolinska Institutet in Sweden showed cancer cells disguise themselves as immune cells to spread via the lymphatic system.

Writing in the journal Oncogene, the researchers explain how an inflammation protein called TGF-beta gives surface receptors normally sported by white blood cells to cancer cells, allowing them to guise themselves partially as immune cells.