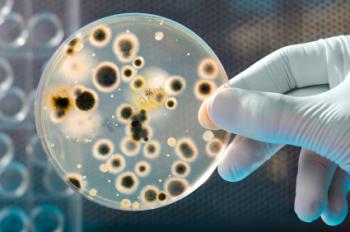 In a new study, an international team of researchers reveal how an antibiotic-resistant strain of Salmonella typhi – a bacterium that causes typhoid – has surfaced over the past 30 years, and find that it may represent a previously unrecognized but ongoing epidemic – particularly in Africa.

Senior author Dr. Kathryn Holt, of the University of Melbourne in Australia, and colleagues publish their findings in the journal Nature Genetics.

The team also recently presented their findings at the 9th International Conference on Typhoid and Invasive Non-Typhoidal Salmonelloses in Bali, Indonesia.

Worldwide, there are around 21 million cases of typhoid each year and around 200,000 deaths from the disease.

Typhoid is primarily contracted by ingesting food or water contaminated with S. typhi, and infection with the bacterium usually causes symptoms within 1-3 weeks after exposure. These may include fever, headache,diarrhea, rose-colored spots on the chest and abdominal pain.

While there are vaccines available for typhoid, their use is not widespread in developing countries. In these countries, typhoid is primarily treated with antibiotics. However, Dr. Holt and colleagues note that a number of strains of S. typhihave become resistant to many first-line antibiotics, compromising treatment of the disease.

For their study, the team set out to gain a better understanding of the emergence of these antibiotic-resistant typhoid strains and to determine how widespread they are.

Dr. Holt and colleagues collected 1,832 samples of S. typhi from 63 countries between 1992 and 2013 and sequenced the genomes of each one.

The team reveals that H58 first emerged in South Asia 25-30 years ago, before spreading to Southeast Asia, East and South Africa and Fiji. This pattern, the researchers say, reflects the use of antibiotics for typhoid in these areas.

According to the authors, the H58 strain has evolved over the past 30 years by acquiring new gene mutations as it travels through regions and populations exposed to new antibiotics.

“Multidrug-resistant typhoid has been coming and going since the 1970s and is caused by the bacteria picking up novel antimicrobial resistance genes, which are usually lost when we switch to a new drug,” explains Dr. Holt. “In H58, these genes are becoming a stable part of the genome, which means multiple antibiotic-resistant typhoid is here to stay.”

What is more, the researchers identified evidence of an ongoing epidemic of antibiotic-resistant H58 across Africa. “The existence of this epidemic is supported by the available epidemiological data, which include increasing numbers of reports of multidrug-resistant typhoid in Africa, and by observations from members of this consortium,” note the authors.

The team says this particular finding emphasizes the need to control antibiotic prescribing practices in this region, which is a likely driver of multidrug-resistant typhoid, as well as an increase global efforts to contain the spread of the disease worldwide.

“H58 is an example of an emerging multiple drug-resistant pathogen which is rapidly spreading around the world.

In this study we have been able to provide a framework for future surveillance of this bacterium, which will enable us to understand how antimicrobial resistance emerges and spreads intercontinentally, with the aim to facilitate prevention and control of typhoid through the use of effective antimicrobials, introduction of vaccines, and water and sanitation programs.”

Last month, Medical News Today reported on a survey conducted by the World Health Organization (WHO), revealing that the majority of countries have no national action plan to tackle drug resistance, despite WHO warning that we are heading toward a “post-antibiotic era” last year.