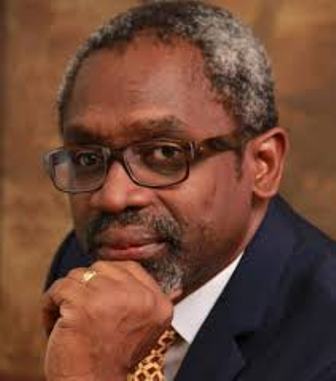 Justice Abdul Kafarati of the Abuja Division of the Federal High Court has rejected the ex-parte motion brought before him to disqualify Femi Gbajabiamila of the All Progressives’ Congress from vying for the speakership position of the House of Representatives.

Majority of the APC reps-elect had in a primary election exercise held last weekend, decided that Gbajabiamila was their preference for the head of the lower chamber of the Federal House of Representatives.

A group under the Registered Trustees of Social Justice and Civil Rights Awareness Initiative had however filed an ex-parte motion  pursuant  to Order 26 Rule 8 of the
Federal High Court Civil Procedure Rules, 2009, contending  that Gbajabiamila was not morally fit to be Speaker.

They claimed that the former minority of the House was convicted in the state of Georgia for unethical practices and was debarred as a lawyer for 36 months.

In the suit argued on behalf of the complainants by Mike Ozekhome, the the House of Representatives and the Attorney General of the Federation are joined as defendants.

A certain Alojie Nmerengira had deposed an affidavit which claimed that Gbajabiamila was convicted by the Supreme Court of Georgia in 2007.
Nmerengira had said;:“That I am the Chairman of the Board of Trustees of the plaintiff organization by virtue of which I amvery conversant with the facts deposed herein.

“That the 1st defendant is a member of the House of Representatives who nurses the ambition of becoming the Speaker of the House in the next Assembly. That the 2nd defendant is the constitution body created to carry out legislative functions for the good governance and advancement of the Federal Republic of Nigeria.

“That the 3rd defendant is the Chief Law Officer of the Federation that ensures the sue enforcement of our Laws so that the nation does not fall into the pit of lawlessness.That as a sensible and responsible organisation, my board deemed it proper that to achieve the objective of the organisation that we should intervene in public interest litigation in deserving situations.

“That upon further enquiry, I discovered that the 1st defendant was convicted in the state of Georgia for unethical practices and was debarred for 36 months. A copy of the order of the
Supreme Court of Georgia to that effect is hereby attached and marked ‘Exhibit A’”.

But Justice Kafarati in his ruling on Monday refused to grant the order but ordered Gbajabiamila to appear in court on June 18 to show the court why the order should not be granted.