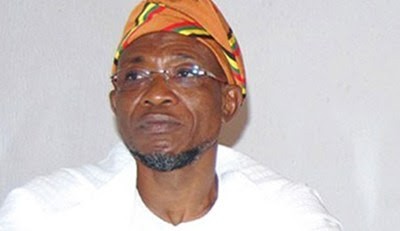 The Peoples Democratic Party (PDP) has advised Osun State Governor, Mr. Rauf Aregbesola, to sell the helicopter purchased for security surveillance and stop “wasteful spending” in order to raise money to pay salaries of workers in the state.

The Director of Media and Strategy of the PDP in Osun State, Mr. Diran Odeyemi, gave this advice in a statement made available to our correspondent in Osoogbo yesterday.

“The PDP is urging the government to sell the helicopter Governor Aregbesola said was procured for the state and he should stop frivolous trips to Cuba.

“What this administration told us was that the helicopter was to be used for surveillance, but we have since discovered that the machine is only serving the travelling needs of Mr. Aregbesola and his family. This remains one draining pipe that must be blocked.

“The governor and his aides should also forthwith stop travelling in chartered aircraft around the world. If President Muhammadu Buhari could be travelling on British Airways, even when aircrafts in Presidential fleet are available, there is need for Governor Aregbesola to borrow a leaf.”

The opposition party also accused the governor of wasting the state’s resources on politics and arming of a group of youth he called “State Boys”.

The PDP called on the new members of the Osun State House of Assembly not to turn themselves to rubber stamp of the executive arm of the government.

According to the party, the people of the state now place their hope on the lawmakers to check the ‘excesses of the governor’ in the interest of the masses.

“Also, a group of miscreants called ‘State Boys’ are being illegally armed and financed by government to unleash terror on many indigenes of the state by the ruling party.

“All these actions and many other wasteful spending led us to where we are now, which if they could be reversed, could bring financial reserves for the state.

“But if Ogbeni Aregbesola will not treat this advice with disdain, and henceforth, begin to act as governor of all, we believe at least, he will be able to pay few months of the backlog of salaries owed workers and retirees.”

However, the governor described the suggestions and allegations from the opposition party as infantile.

Speaking through a statement issued by his media aide, Mr. Semiu Okanlawon, Aregbesola said the PDP was just seeking cheap publicity with their suggestions and spurious allegations.

“It is disheartening this is how degenerate PDP has become in their thinking process. They screamed ignorantly about two years ago that Osun procured a helicopter with a sum of N8 billion.

“We had asked them to find out the cost of a Boeing plane let alone a helicopter which was only leased and it was to beef up the Osun Swift Action Squad for its aerial surveillance. This was clear to all in the state that the helicopter was procured as part of the Rauf Aregbesola administration’s comprehensive security measures to drive criminals far away from the state.