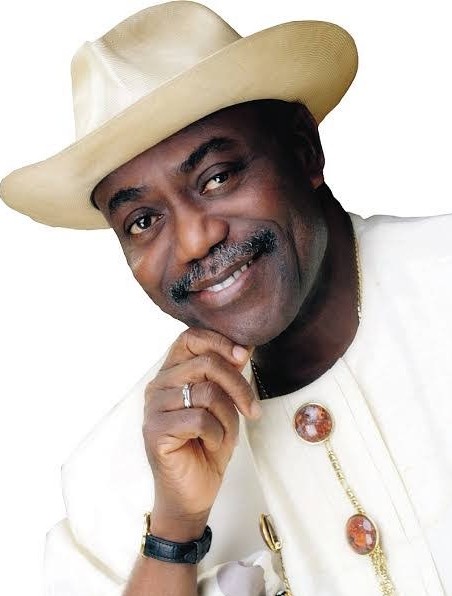 Over a decade after falling victim to one of the most devastating conspiracy plots in the chequered history of politics in Nigeria, it is quite obvious that the time has come for Peter O. Odili, former Executive Governor of Rivers State, and erstwhile front runner in the botched 2006 PDP Presidential primaries, to come out of the neutral corner and return to the centre state of political action, both locally and nationally.

Odili, a born political centrist and consensus builder, had staked his entire political career on advancing the socio political interests of his beloved Rivers people and the Niger Delta geo-political zone and use same as a spring board to drive his unique vision of human development, at the centre. For the entire duration of his governorship, he was the yeoman player who did the heavy lifting below the radar to stabilize and advance the rambunctious administration of the Olusegun Obasanjo Presidency.

Indeed, the story of all that Odili did to prop up the regime may never be fully told. Suffice it to say that he was the unseen anchor of that government, providing it with crucial support at critical moments in multiple ways. Perhaps, unknown to many people, Obasanjo was a virtual passenger in the power loop when he assumed office in 1999.

He had emerged as the presidential candidate on a borrowed special purpose vehicle, the PDM platform, a political structure which had been customised to serve the political ambition of the Shehu Musa Yar’dua interest group. At the death of the latter, Atiku Abubakar emerged as the heir apparent and thus inheritor of the structure. It was then used to produce Obasanjo and Atiku.

However, even as the number two man, it was clear to many in the know where the real power lay. As the late Chief Debo Akande (SAN) put it to me rather dramatically, “Obasanjo was the head of the tag team, while Atiku was the neck!” Atiku controlled practically all the PDP governors, especially in the S/East and S/South. The S/West was already an AD territory. And even there, Atiku had the then Lagos Governor, Bola Ahmed Tinubu, within his sphere of influence. It was only the governors of Enugu and Ebonyi States, former Governors Chimaroke Nnamani and Sam Egwu who leaned towards Obasanjo. In the South/South, Gov. James Ibori led the charge, with his close friend, D.S. P,  with  the governors of Edo, Cross River States and to an extent, Akwa-Ibom, making up the numbers.

Against the onslaught of this armada, Odilli stood tall and firm on Obasanjo’s side of the barricade and in so doing, contributed immensely to the success of the administration.

I have gone into this brief rendition of history to underscore my earlier position that the plot conspirators hatched against Odili on the grounds of the Eagles square in Abuja during the 2016 PDP presidential primaries, will go down in infamy as one of the worst cases of political betrayals in Nigerian history. What made it even more painful was that the plotters were mostly enemies Odili made in the course of his support for Obasanjo. And then, as if in a desperate bid to outdo Judas Iscariot, Obasanjo bought into it and like Brutus in Williams Shakespeare’s iconic tragedy, Julius Ceaser; stabbed the man who called him father in the back! Sitting at lunch in his residence some years ago, with Prof. A.B.C Nwosu, I had mused aloud that it takes a real man, one who is at peace with himself and God, to bear the heavy weight of that disappointment. Of course, Peter Odili is such a man. Urbane, suave and philosophically deep, he is a rare exemplification of committed leadership. He is possessed of a humanist creed with a golden heart. It is usual for politicians to lay claim to humanist ideals, but in reality, that is often a subterfuge. But the case of Odili is strikingly different. He is generously humane and incredibly kind. Indeed, if all the individuals who drank from the overflowing cup of Odili’s kindness during his tenure in office were to stand up to be counted, there will hardly be any space left in the Nigerian landscape! As one of his protégées, Emma Okah, once put it, “whoever Odili carries, his feet do not touch the ground!”

About twelve years after he retreated to the neutral corner, it is remarkable that, all notable politicians both at state and federal levels from Rivers State today were all Peter Odili appointees at one time or the other. That was why when Dr. Chidi Amuta, respected columnist and public intellectual, asserted in an OPED in ThisDay Newspaper recently that Rotimi Amaechi deserves a certain amount of swagger because most of the political leaders in the state owe their rise to him, I shuddered. I had to quickly phone him and call out the mistake. It is a historical fallacy to cast Amaechi in such a role. Of course, I admit that he was like the crown Prince of the Odili political family, even before he became governor, mostly on account of the latters love for him. And I had a ring side seat at the time, so I should know. Unlike Amuta who wasn’t part of the cast at the Brick House then, I had a free entry visa and so became acquainted with all the major players beginning with Amaechi, Secondus, Opara, the late Chief Ake, Sekibo, Magnus Abe, Wike, Omehia etc.

I was always struck by Odilis diffidence to the continuous flow of political machinations around him. It was obvious to me that his reading of the political atmosphere, especially nationally, derived from his apparent innocence and lack of guile. He simply transposed his innocence and purity of mind to others and extended to everyone a presumption of innocence. I quickly surmised that he lacked a realistic appraisal of the ugly realities of Nigerian politics, which probably influenced his belief in the possibilities of emerging as the Presidential candidate of the PDP in 2007. I strongly felt that it was a mission impossible. Of course the logic of a President from the South-South was unassailable, but any realistic appraisal of the deep contortions of the Nigerian polity at the time will arrive at the inevitable conclusion that even though it was a good idea, it was one whose time had not yet come.

But that was not the conventional wisdom among the milling crowd at the Brick House then. The swan song was, “Odili for 2007”. So everyone sang, “on your marks, set, let us go….” But I knew that the reality was different. There was nothing about Obasanjo’s temperament that convinced me that he had the strength of character to dare the North and support Odili to the hilt. But it was not an easy topic to broach with him despite the untrammelled access I enjoyed.

More importantly, he genuinely loved Obasanjo and truly believed in him. It was difficult, if not impossible to convince him of the latters intrinsic selfishness, fetish devotion to the Northern world view of Nigeria, political unreliability confounding propensity for mischief and a disposition for wickedness. He was an Obasanjo devotee. I certainly wasn’t.

So I did what reporters normally do in such circumstances; I wrote about it in my column in the National Mirror Newspaper. Then in order to give it an added resonance, I published it in ThisDay and boldly stated, “If Odili becomes President in 2007, it will rank as the eighth wonder of the world!” The article caused a sensation in “Brick House” circles. Many palace hands felt it was wrong for me to hold that position given my proximity to the “Brick House.” In fairness to him, Dr Odili didn’t react negatively. Obviously, I was trying to put him on notice about the treacherous road ahead.

I also recall my apprehension over his succession. The issue was heating up under his very nose and it didn’t seem to me as if he fully realized it. This time I didn’t write about it the newspaper, given its sensitivity. Rather, I met with him in person to express my views. “Sir, your succession is going to be very contentious…” “No, No, No!” he promptly replied and dismissed it with a wave of the hand. But I wouldn’t back down. So he was constrained to ask me, “How?,” I then explained my position in more details. I was pleased some years after all the hullabaloo of “k leg” and the Amaechi episode had died down, that he still recalled the conversation we had on the issue and remarked, “ I do not only remember it, I recall exactly where you were standing in my office when you said it.” The rest is, as the old saying has it, history.