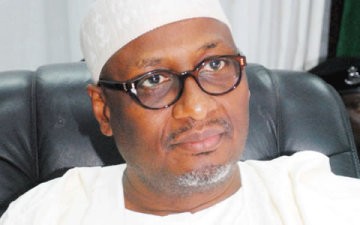 Niger State Governor, Mu’azu Aliyu, has stated that contrary to widespread
permutations, the Peoples Democratic Party, PDP, is not dead.

He said the party would come back in 2019 to take what it lost in this year
elections.

Aliyu, who made this declaration Wednesday when the campaign organization
of Umar Nasko, Niger State’s PDP governorship candidate, visited him at the
government house in Minna, said the PDP will meet at the state and federal
levels to correct its mistakes.

“Our party is not dead. When all this cools down, we will properly
re-organize to bring PDP back to its formidable political strength. Many
things have happened and this is not the time for us to cast blames,” Aliyu
said.

The governor also expressed hope that the party would add more ideology to
what it already has, as it reorganizes.

“Let me urge you to stop thinking you have failed. In terms of elections,
particularly the time we found ourselves, it went beyond the limits of
individual effort,” he said.

The Niger State election was won by the APC.

The governor also expressed satisfaction with the conduct of the general
election. He said the elections were free and fair, devoid of electoral
violence.

He also thanked voters in the state for conducting themselves in the most
peaceful manner during the elections.

Speaking earlier, the leader of the delegation, Aminu Wushishi, commended
Mr. Aliyu on how he took the elections despite his party not winning.

He said the governor exhibited the character of a good leader.

He urged him not to be dismayed by the results adding that he has done well
in providing the dividends of democracy to the state.

He said the challenge faced by the PDP was that Nigerians made up their
minds on a particular party, not minding who was running for any office.

“We will continue to be with you wherever you go. You can always count on
us whenever you need us. We have seen your work in all the 25 Local
Government Areas of Niger State. May God continue to bless and guide you in
your future endeavour,” Wushishi said.