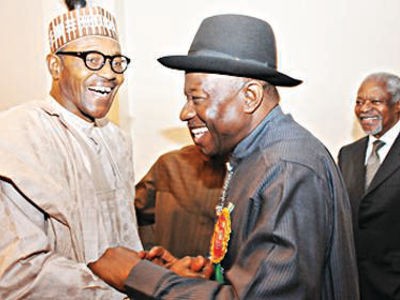 The Presidential Transition Committee has said that it would ensure smooth
transition of power between President-elect Muhammadu Buhari and President
Goodluck Jonathan on May 29.

It Chairman and Secretary to the Government of the Federation (SGF), Anyim
Pius Anyim, disclosed this to State House correspondent at the end of the
committee’s inaugural meeting on Monday in Abuja.

The meeting, presided over by Vice President Namadi Sambo, was attended by
the Attorney-General of the Federation, Mr Mohammed Adoke.

Others at the meeting were the Ministers of Police Affairs and Transport,
Jelil Adesiyan, and Idris Umar, respectively as well as the
Director-General of NAFDAC, Dr Paul Orhii.

Anyim said that the committee would collect handover briefs from the
Ministries, Departments and Agencies (MDAs), analyse them and prepare the
President’s handover notes before May 29.

“By the time we are ready, then we will interface with their own committee.
Whatever clarification they need to know from our own briefs, we provide
those clarifications and then bring them at the same page with us.”

Anyim said the terms of reference of the committee include “to collect from
all the MDAs the handover briefs, then prepare them and then interface with
the in-coming administration’s transition committee, and then we prepare
the president’s handover note”.

According to him, the Federal Government committee is aware that the
in-coming administration also has its transition committee and promised
that both groups will collaborate and harmonise their positions for a
smooth handover exercise.

“After we have collected our own briefs from the ministries, then we put it
together and then we interface with the other committee so that whatever
clarifications they want, whatever questions they have, we will be able to
address them,” he said.

The SGF said everything about the transition committee’s mandate would be
executed and completed before the inauguration of the president-elect on
May 29.