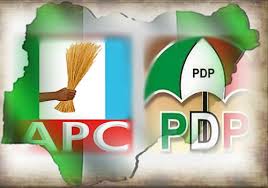 The Peoples Democratic Party in Bayelsa State has denied plans to rig Saturday’s rescheduled State House of Assembly elections in Kolokuma/Opokuma Local Government and other areas.

The state PDP Publicity Secretary, Mr. Osom Makbere, made the denial at a press conference in Yenagoa, Bayelsa State capital, on Thursday.

Makbere described the allegations levelled against Governor Seriake Dickson by the officials of the All Progressive Grand Alliance as false, baseless and misleading.

Candidates of APGA for House of Assembly elections for Kolokuma/Opokuma Constituencies 1 and 2, Mr. Preye Ozori and Ebiye Tarabina, had raised the alarm on Wednesday over an alleged plot by Dickson to rig the rescheduled elections.

The candidates also accused the Independent National Electoral Commission of colluding with the Bayelsa State Government to rig the constituency polls in favour of the PDP.

They said the appointment of Mr. Charles Tambo, General Manager of Bayelsa State Newspaper Corporation and a relative of Dickson, as a Collation Officer of Kolokuma-Opokuma, was a first step towards the realisation of their plot.

But Makbere said the PDP had maintained absolute decorum and orderliness in all the elections held in the state so far and planned not to act illegally in the forthcoming elections.

He also accused an aide to President Goodluck Jonathan and an indigene of the area, Mr. Waripamowei Dudafah, of planning to rig the election in favour of APGA and other opposition parties with the help of the army and other security agencies.

Makbere said, “We advise the people of Kolokuma/Opokuma Local Government Area to be wary of desperate self-seeking politicians, especially at this critical moment of the nation’s political history.

“The PDP, however, calls on its supporters in places where elections were rescheduled to come out en masse to vote the party’s candidates.”

Reacting to the allegation of anti-party conduct by the PDP, Dudafah dismissed the claim by the PDP as “biased” and “influenced by some destabilising agents in the state.

Dudafah, who spoke through his aide, Bebetimi Dasuo, insisted that the allegation against him bordered on blackmail.