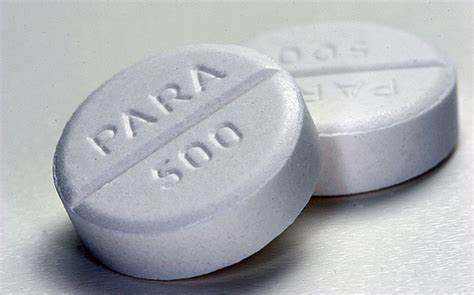 Paraceutamol is about the commonest drug around and is used for pains and headaches. It is assumed thatitisthe3 safest drug but it has its own dangers when abused.

Scientists at the Edinburgh University have reveals that constant use of paracetamol leads to toxicity of the liver. The report by Dr Leonard Nelson and Dr Pierre Bagnanachi reveals that paracetamol-linked liver failures are so severe that the patient needs a transplant, they happen in the UK eight times more than in Holland, twice as often than in France, and 66 times more than in Italy.

Generally, Paracetamol is perceived to be a very effective pain reliever. Medical research shows that the use of the drug dates back to 50 years. Iya Basira in the Bukateria feels stressed and sends her son to get the drug. Okon, the Banker does not hesitate to take a pack of paracetamol to work every day, even little Amina has a pack of paracetamol in her bag pack in case of an emergency.

It’s a known trend to travel with paracetamol in Nigeria, it’s a common belief that paracetamol is a life saving drug for any kind of pain in any part of the body. Paractamol like any other acephetomine is also mixed with alcohol for several reasons. It is believed to boost sexual function when mixed with those drugs.

Some even go as far as mixing paractamol with herbal medicines such as agbo Jedi, Origin bitters, Yoyo bitters and the rest of them.

A Pharmacist at HeavensGate Pharmaceuticals, Ikeja, Lagos, Joseph said that the sale of Paracetamol takes place every day. According to him, More than 5 people come to get Paracetamol every day, within 15 hours of his working hours, and they come in different age ranges. There’s always 5-10 people coming to get paracetamol everyday “, he said.

For a very long time, Paracetamol has being considered as the go-to drug for any illness. Funny enough, a popular phrase has been coined out of taking the drug. “Don’t take Paractamol for another man’s headache’. Many Nigerians believe that Paractamol is the cure to any kind of disease.

However, Do you know that the constant use of Paracetamol is very dangerous to your health? Yes! Do you know this “Ordinary Paractamol” can kill you.

Recall that, In the month of August, Doctor Chiemeka Orizu raised an alarm on nairaland, where he told a story of how a two year old died after taking Paracetamol. According to him, “This 2 year old was rushed to the emergency room with gasping respiration. He looked lifeless on arrival”.

“While working to save his life, we were asking questions from the mother to know when the illness started. “It started with fever last week” she responded.

“Why then did you not bring the child since then?”, we inquired.

“The fever came down after I gave him Paracetamol”, the mother answered.

The mother continued to give this baby Paracetamol until the child could no longer stand erect and became breathless, this made her rush the baby to the hospital.

Orizu explained that when the child was examined, it was obvious the child needed blood as an urgent test confirmed the PCV to be 0.9% and the baby’s heart was already failing (Anaemic Heart Failure).

According to a clinical pharmacologist at National Open University of Nigeria (NOUN) Obinna Obinna, “Paracetamol can cause adverse reactions when taken by adults and children. This is especially so in children as they don’t fully have the body mechanism to deal with these drugs the way adult does.”

A child is susceptible to adverse reactions indirectly in the womb or during lactation (due to maternal drug exposure) or directly when given a medication.

According to her, “Paracetamol is metabolised primarily in the liver into toxic and non-toxic products. Some final products are inactive, non-toxic, and eventually excreted by the kidneys”.

She also said that, “however, there is an intermediate product that is toxic and is considered to be responsible for liver problems, like acute liver failure, a killer clinical condition. It is even more dangerous for some people who have ongoing liver problems and for those born with sensitivity to paracetamol where it can progressively damage the liver function”.

This was seen in the case of a middle-aged, Ola who almost died because of constant intake of Paracetamol. Ola recounts that everyday after work, late in the evening, he always eased his pain with the most popular painkiller – paracetamol. He had always taken it with no adverse effects from the drug.

But one day he took Paracetamol in the early afternoon before going out. Forgetting that he already took two tablets before going out he took another two again. He immediately felt stomach upset at that moment and ran to the pharmacist where he was given a drug to relieve the pain. After which the pharmacist condemned him for taking Paracetamol every evening as it’s a common cause of acute liver failure.