Home Health Paracetamol ‘no good for back pain’ 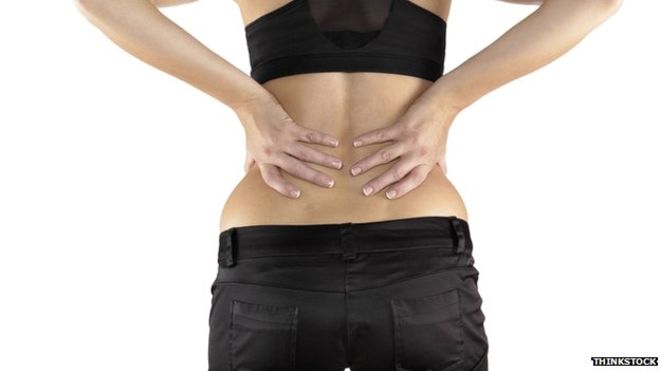 Paracetamol is ineffective at treating back pain and osteoarthritis despite being a recommended treatment, a group of Australian researchers has warned.

Their review of 13 clinical trials, published in the British Medical Journal, said the drug did not reduce disability or improve quality of life.

Instead, the group warned, it increased the odds of liver problems.

The NHS is to review its guidelines. Experts say patients should consult a doctor before changing medicines.

Back pain is a leading cause of disability and in the UK alone it is estimated to affect 26 million people each year.

The National Institute for Health and Care Excellence (NICE), which establishes best NHS practice, currently recommends paracetamol for both lower back painand for osteoarthritis.

However, questions have been raised about the quality of the evidence which led to the decisions.

A team at the University of Sydney assessed data from 13 drug trials involving more than 5,000 patients.

They concluded that paracetamol was “ineffective” at reducing back pain.

In osteoarthritis in the hip or knee, they found a small improvement with paracetamol. Yet the impact was so small it was “not clinically important”.

Gustavo Machado, one of the researchers, argued: “Paracetamol is the most widely used over-the counter medicine for musculoskeletal conditions so it is critical that we review treatment recommendations in light of this new evidence.

“In our research, paracetamol for low back pain and osteoarthritis was also shown to be associated with higher risk of liver toxicity in patients.

Dr Christian Mallen, from Keele University in the UK, said options other than drugs should be the “cornerstone” of managing the conditions.

However, he added: “While the effectiveness of exercise for both osteoarthritis and spinal pain is established, we know that uptake of and adherence to exercise is poor.”

In the UK, the safety of over-the-counter drugs is being reviewed by the medicines safety regulator.

NICE said it was waiting for the results of that review before conducting its own assessment.

A spokesperson said: “Looking at all of the relevant painkillers together, instead of just one, will then provide a comprehensive overview of this aspect of managing osteoarthritis.”

Jane Tadman from Arthritis Research UK said: “We’ve known for some time that paracetamol may not work for everyone with severe pain from their arthritis, but some people find it helps them and allows them to sleep and to exercise without discomfort.

“Physical activity is probably a better and more effective way of keeping the pain of arthritis and joint pain at bay than taking currently available painkillers.”

Prof Roger Knaggs, from the Royal Pharmaceutical Society, said: “There are other medicines, such as nonsteroidal anti-inflammatory drugs and opioids, which may provide better pain relief but these are associated with a range of other side-effects.

“Anybody with concerns about whether taking paracetamol could cause harm should discuss their concerns with their GP or pharmacist.”