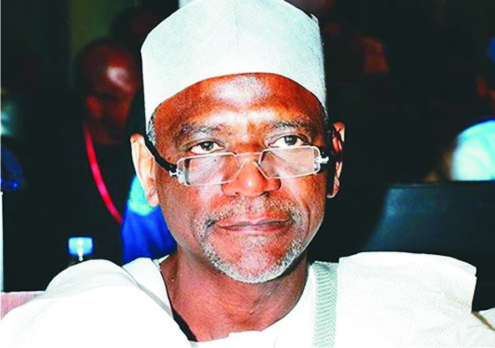 Another controversy is brewing on the religious front over the new secondary school curriculum being introduced by government, which merges Christian and Islamic studies under the subject title, Religious and Civic Education. Christians are crying foul over the subtle and clandestine manner the curriculum attempts to subvert its beliefs to the advantage of Islam.

Leading a delegation to the acting President, Prof. Yemi Osinbajo, CAN Chairman, Dr. Samson Ayokunle, said whereas CRK, according to the new curriculum, would no longer exist as a subject in schools but as themes in civic education, Islamic/Arabic Studies/French subjects on the other hand, have been introduced in the new curriculum.

Ayokunle who observed that the Ministry of Education had earlier come up with the curriculum but was dropped following objections from CAN, said it was surprising that the curriculum had resurfaced again.
CAN described moves to force Islamic studies down the throats of non-Moslems as injustice and one agenda deliberately crafted towards Islamisation.

“This curriculum is the brain-child of Nigerian Educational Researchand Development Council, an agency of the Federal Ministry of Education. To us in CAN, its introduction is an ill-wind that blows nobody any good for so many reasons. A state has started implementing it already and Christians that are more on the receiving side of it are already crying fowl because of its potential dangers now”, he declared.
The rationale for this move, according a statement by NERDC, is to ensure knowledge of the two religions by our youths to remove the suspicion and hatred toward each other which in the main arises from ignorance of their basic principles and teachings. As good and noble as this may sound, it is often said that the path to hell is paved with good intentions. Knowledge of the religions is good but knowledge that undermines one religion while promoting another is unjust and unacceptable.

Religious education is the foundation of the practice of faith; it is mere academic to teach what will not be practiced. The problem of religious conflict in Nigeria is not lack of knowledge or understanding of each other; it is simply the hegemonic ambition of one religion over other faiths, both in Nigeria and across the world, and refusal to accept coexistence. There is no part of this country where Mosques cannot be built; there is a mosque is Imo state Government House. However, in several places in the north, even open preaching is forbidden.

Gideon Akaluka was beheaded for tearing a page of the Qu’ran; Mrs. Eunice, a pastor’s wife, was decapitated for open preaching in Abuja, and Miss World pageant in Nigeria was cancelled because of protests over a mere comment in the newspaper. These are strictly intolerant and extremist behaviours unbecoming of modern society based on law and order. None of this can be associated with Christians. So if there is need for knowledge, it is the Moslems, not Christians, who should be the target.

At present many northern states do not employ teachers for Christian Religious Knowledge, because they would not want to advance Christianity; yet they forget that Nigeria is a secular state, and the money is public fund meant for everybody and not for any particular group or faith. It is unconstitutional and a breach of the fundamental right of Christians to practice their faith. Yet nothing is said or done about it.

Christians don’t need to know the teachings of Islam because it is contrary to their belief. Christianity never teaches or approves of violence against any religion. It is the religion that perpetrates and perpetuates violence that needs to know that we are all created by God in spite of our different faiths and should therefore know that we are also all answerable to God for our actions here on earth. Any religion that teaches violence against others; approves taking of life and preaches hatred is a departure from the nature of God, which is good, peaceful, loving and just.

Christians have a right to protest and they should protest if they perceived a violent attack on their faith.  Any teaching of Christianity that denies the trinity, virgin birth, death and resurrection of Christ is apostasy and assault on the faith. To encourage children to disobey their parents and teachers over doctrines is to destroy the foundation of family, morality and religious education. A child is obliged to obey his/her parents until the age of accountability, which is 18 years. To demand otherwise is to erode family values.

The argument that this new curriculum was initiated by a Christian president is relevant and nonsensical. Leaders only makes broad policies; they do not get involves in the policy details and implementation. Basically two individual should be held responsible for this outrage – Prof. Raqqiyatu Mohammed, former minister of education and Prof. Godswill Obioma former Executive Secretary of Nigerian Educational Research and Development council, an agency under the ministry. For his hatchet job, he was promoted to NECO.

This newspaper supports the protest and call on the government to reject the new curriculum by responding to the concerns of Christians to avoid any imputation of religious bias and possible break down of law and order that may follow.