The Managing Director and Chief Executive Officer of the Nigeria Deposit Insurance Corporation (NDIC), Umaru Ibrahim, has appealed to the 9th Senate of the Federal Republic to speedily pass the NDIC Act, 2006 (as amended) currently before It.

The NDIC Boss made the plea when the Management of the Corporation paid a courtesy call on the newly elected President of the Senate, Dr. Ahmed Ibrahim Lawan in his office on Wednesday 26the June 2019.

Responding, the Senate President promised that the Senate would immediately commence work on the Bill to Amend the Act as the work earlier done by the 8th Senate had lapsed with the expiration of that Assembly. He noted the importance of the Bill and assured the Management of the Corporation that the 9th Senate would give the it the accelerated consideration it deserved.

Earlier, in his opening remarks, the NDIC Managing Director congratulated the Senate President on his election, along with the returning and first time Senators on their victory at the polls. He stated the resolve of the Corporation to work closely with the Senate leadership and the Senate Committee on Banking, Insurance and other financial institutions to ensure a stable banking system which is critical to the stability of the nation’s financial system.

He recalled that in the past, the Corporation had worked with the Senate on the Bill to Amend the NDIC Act 2006 through the holding of seminars, workshops and active participation in public hearings, stating that the Senate of the 8th Assembly was unable to pass the Bill unlike the House of Representatives which accorded the process the priority it deserved. He appealed to the Senate, under its present leadership, to pass the Bill in earnest in view of its importance to the stability of the financial system.

The Managing Director enumerated various challenges facing the economy and observed that only a stable banking system could guarantee the sustainable growth of the economy. He added that the NDIC was working in partnership with the Central Bank of Nigeria (CBN), and other relevant stakeholders through effective supervision and prudential regulation of the banking system.

He listed the supervisory challenges facing the Banking System in the last few years including issues related to risk management, corporate governance, non-performing loans, and the need to for more efficient management cyber security systems as well as consumer protection. He noted that the Financial Services Regulation and Co-ordinating Committee (FSRCC) comprised of CBN, NDIC, PENCOM SEC, NAICOM and CAC amongst others, would continue to collaborate to ensure financial system stability.

He ended his remarks by reiterating the commitment of the Corporation to the sustenance of excellent relationship with the Senate particularly the distinguished Senators who would be on the Senate Committee on Banking, Insurance and Other Financial Institutions adding that the cordial working relationship was not only crucial to the passage of the amendment of the NDIC, but other important Bills such as the Financial Ombudsman which was intended to provide a quasi-judicial framework for resolving disputes between banks and their customers.

While thanking the NDIC Management for the visit, the Senate President noted the importance of the Corporation as an institution that ensured the safety and soundness of the banking system in Nigeria through the protection of depositors and acknowledged that it had done quite well in the discharge of its mandate over the years. He assured the Management that the Senate Committee on Banking, Insurance and Other Financial Institutions, when constituted, would work closely and assiduously with Management to ensure the protection of citizens against adverse activities in the banking sector. 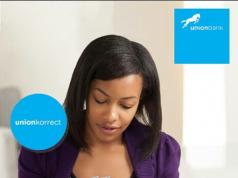