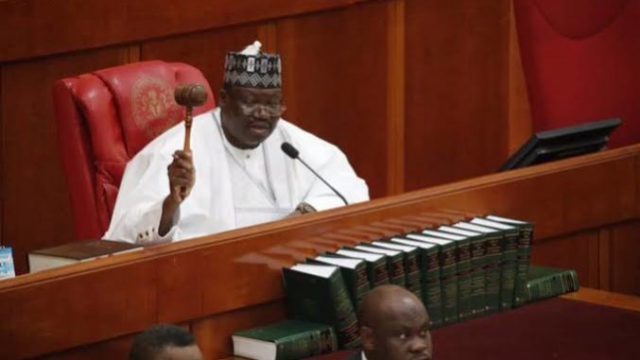 The committee was specifically asked to probe the IMC for allegedly squandering N40 billion in three months and seek account for other financial transactions within this period.

The resolution to set up the committee followed deliberation on a motion on the “Urgent need to investigate alleged financial recklessness in the NDDC” – sponsored by George Sekibo.

Leading the debate, Mr Sekibo said there were accusations of misuse of funds by the previous management of the commission which portrayed the NCDC as a financial conduit pipe, especially when the aspiration of its founding fathers have been forsaken.

“The visible recklessness may have prompted the President to set up an Interim Management Committee while ordering a forensic audit of the commission so as to reposition it for its intended mandate,” he said.

“While the President’s action of setting up an IMC and the forensic audit may have been conceived to forestall the financial recklessness of the commission and reposition it for fast-tracking of the development of the region, the IMC has been more bedevilled with the same financial misuse, misapplication, misappropriation or outright fraud in the management of the funds of the commission.

“The IMC has inundated itself with undue gross misconducts in fraudulent contracts award without due recourse to due process and flagrant disobedience to the provisions of the sections 19, 25, 41 and 42 of the Public Procurement Act, 2007.

“Within the last three months, the commission has spent over N40 billion of the commission’s fund without recourse to established processes of funds disbursement which has opened up further suspicion among stakeholders of the Niger Delta Region,” he said.

September 18, 2021
The government of Anambra State has expressed sadness over the passing of elder statesman, Alhaji Abdulazeez Chivuzor Ude.A statement by the state's commissioner...