Lagos based lawyer and All Progressive Grand Alliance (APGA) chieftain, Bob Okey Okoroji has said the rift between President Muhammadu Buhari’s National Security Adviser, Babagana Monguno and his Chief of Staff, Abba Kyari, was proof of the president’s incompetence.

A memo written by NSA Monguno accusing Abba Kyari of undermining him and even Buhari has continued to generate reactions. Isn’t it unfortunate that such is happening between the president’s closest aides?

Well, there are a couple of things that those appointees of Buhari, especially those working with him at the presidency, have done that suggest that indeed, they are like masters and kings unto themselves with little or no control.

But it also underscores the level of incompetency on the part of the man who ought to be the commander-in-chief, the ultimate decision maker in this country. There are a couple of things that have been reported in the media which are in my view, very embarrassing and shocking. These men would take certain decisions without recourse to due process, without recourse to chain of command in the administrative structure of the country. On this particular incident of the back and forth accusation between Monguno and Abba Kyari, ultimately, the president should be held responsible.

It’s the kind of thing that we saw happening between the Kano State governor, Abdullahi Ganduje and the foremost traditional ruler of the state, Muhammadu Sanusi II. We read that the president said he was not going to get involved in the conflict. And these are the kinds of conflicts that border on not just governance, but also on security. This is a conflict between a sitting governor of and a foremost traditional ruler. It has security implications because you never can tell. It may result in breakdown of law and order because they all have their respective rabid supporters.

But it boils down to the level of lawlessness, arbitrariness and tolerance for corruption, and over-indulgence on the part of those who are supposed to be in charge of the country. I have always made it clear that I have little to no confidence in Buhari as a person from the very time he indicated interest to run for president. I looked at his antecedents in the early 80s, his failures. And of course, years after, he hasn’t improved himself in any form. Yet, he was voted to lead the country in 2019. It’s unfortunate because we are all suffering the consequences. We all can see how the country is drifting; the extent of the bloodshed going on everywhere.

We can see the so called anti corruption fight, which is actually not a fight against corruption. They are not fighting corruption, they incubating and celebrating corruption basically. Otherwise, how do you explain the fact that the individuals that you and I know are custodians of corruption are not being touched? All you hear is just propaganda and cliches. Oh! Corruption is fighting back, corruption is bad for the country, it is destroying the economy and all that. No substance. Recoveries have been made of Abacha loot, but you can’t trace the money.

There are people who at one time or the other, led the Economic and Financial Crimes Commission (EFCC) and made away with millions of the recovered funds. And today nobody can trace them.

I’m not surprised about what is happening among Buhari’s lieutenants. Just as you find their open confrontation very embarrassing, there are so many other things happening that you can’t explain. That’s why sometimes you ask yourself, is there really a president? Is the president that Nigerians elected really there? Or are we seeing a shadow of the person we voted into power? I don’t want to go further than that. But these events are very worrisome for those who want growth, those who want some orderliness in the society, those who want to make progress; those who want justice and fairness, those who want balance and those who want some sense of decency at the leadership level. Every society is a caricature of its leadership.

Talking about corruption, they have jailed Orji Uzo Kalu, Jolly Nyame and couple of other governors. Isn’t it enough evidence that they are doing something?

Those are isolated cases of witch-hunting. Even as we know the many millions Orji Uzo Kalu have stolen from Abia State, there are thousands of them who have not been touched. When a particularly corrupt politician is considered to be antagonistic to the government or critical of the government, or not in support of the government, they quickly isolate him and use him as scapegoat. But if he is cooperating, they won’t touch him. So it’s not out of the determination to fight corruption that Kalu was picked up, tried and put in prison. It is simply that he opened his mouth too wide against Buhari. Otherwise, there are those who have stolen much more than he has, and those who are deeper in corruption than he is but are still walking freely, receiving chieftaincy titles, marrying more wives and of course, reinforcing the fact that nothing can happen to those who are in support of Buhari.

One is by no means suggesting that corruption should be tolerated, whether you are for or against Buhari, No. But let the fight against corruption be seen to be objective and having nothing to do with political affiliation. So, if I’m your friend, I should also be given the same level of justice as if I were not your friend. That’s what is fairness and justice. Corruption is indeed a danger to the country and to everybody, but nobody should be protected on the grounds of political affiliation.

When Buhari came on board, he appointed his relatives to key positions and justified it by saying he was appointing those he knew and trusted. Has it not proven to be counterproductive?

Well, Olusegun Obasanjo, the former president, once said that nepotism is a specie of corruption. And that is true. When appointments are made not with due regard to competence, qualifications or experience, but based on where you come from and your closeness to the man who is appointing, then you should expect nothing less than the kind of things you are seeing in the Nigerian presidency under Buhari. Because many of those appointed to hold positions they are not qualified to hold, or to be in positions they cannot handle, will begin to see those positions as their right. And then, they are not going to make any positive impact because they know that whoever appointed them is behind them and they can do anything and get away with it. So, all the levers of power are taken over by these individuals and they do whatever they like. They take whatever they want, they kill whoever they want to kill, and everything is going out of hand. 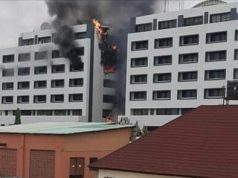 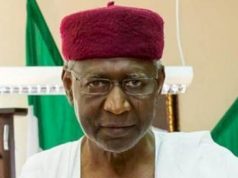 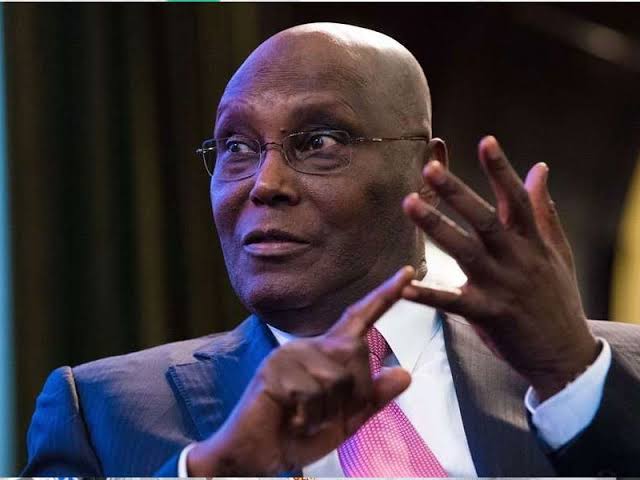 Atiku solutions and the desirability of a listening govt