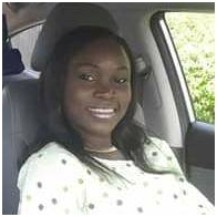 • It is a lie. We did our best- Hospital Management

An online petition on Avaaz Community.org, an online community campaign platform directed to the Medical and Dental Council of Nigeria is calling on the council to sanction Eko Hospital, Lagos, for alleged ‘gross negligence’ in the death of Mrs Dolapo Adesanya who died recently in the hospital after child birth. 36 years old Mrs Adesanya, a banker, died at the reputable hospital on April 5, 2015 after childbirth though her baby who was born premature survived and is in the special care baby unit of the hospital.

The circumstance of her death became a subject of controversy after a petition purportedly directed to the Medical And Dental Council of Nigeria alleging ‘gross negligence’ on the part of Eko Hospital surfaced in the social media; on Facebook, Whatsapp, blogs and BBM, at the weekend, an allegation the hospital has denied.

The petition which was initiated by friends of the deceased, one of who simply gave her name as ‘Marie’ alleged that Dolapo, a mother of two who was pregnant with her third child did not get the required medical attention at the hospital (which is the HMO provider of her employer) when she needed it, resulting to her death after delivery. . According to the petitioner, Dolapo reported to the hospital on Tuesday, March 31, 2015 with complaint of leg pains, was assured that the leg pains were normal for pregnant women at her stage and given some paracetamol tablets.

She returned with her husband on Friday April 3 when her situation grew worse but was not attended to promptly even when the patient demanded for a Caesarean section.

“The doctor on duty advised them to wait for the consultant and Dolapo was made to sit out the ‘’wait’’ in a wheelchair as her legs could no longer support and carry her, in any case the consultant did not show up until Saturday afternoon being 04/04/1.

She repeatedly beckoned on the staff on duty to perform a CS and safely get the baby out as she could sense and feel that something was ominously wrong.

The pregnancy was well into 8 months. Some scan were recommended and the person to conduct the scan had reportedly closed for the day and only surfaced at about 9pm on Friday and the wait dragged well into the night.

A nurse had to hold the baby’s head, supporting it while the elevator goes to labour theatre, the baby was pulled out before they could make it to the theatre. This was at 9.30pm on Friday.

The baby became the centre of attention for the hospital staff of Duty while neglecting Dolapo all alone for more than 1 hour 30 minutes while they attended to the baby to revive him. “She was left unattended to, in pains, right there in the theatre. She was eventually moved back to her ward .

The consultant eventually turned up around 4pm on Saturday. The husband engaged him and he requested that some tests be done to ascertain what level of treatment or care to give. He was told she (the wife) would be fine and the test results would be ready by Tuesday because of the holidays. The petitioner continued,

“On Sunday, April 5, 2015, at about 8am in the morning, I visited her in the hospital and sat beside her on the bed offering words of encouragements. She was still in pains, and she was hardly audible, she could only answer in nods and made attempts at a faint smile to reassure myself and her husband that she would be fine. It came as a rude shock when I called the husband at about 12 pm and he was crying profusely, saying Dolapo is lying down lifeless..,” alleged the petition which as at Sunday April 12, 2015 has got 1,322 signers.

According to the website will be forwarded to the Nigerian Medical Association. In a swift reaction, the Management of Eko Hospital denied alleged negligence, insisting that there was ‘no compromise’ in patient safety in the case. “The Hospital wants to state categorically that there has been no compromise to patient safety in this case, which is always the top priority,” the hospital said in a statement published on its website on Saturday.

The hospital which insisted that appropriate modalities of care were offered to the deceased at every stage confirmed that Dolapo Adesanya died in the hospital on April 5, of pulmonary embolism. According to WebMD, pulmonary embolism is the sudden blockage of a major blood vessel (artery) in the lung, usually by a blood clot .

Although, not always deadly when the clots are small and, pulmonary embolism can be deadly if clot is large as it can stops blood flow to the lung. However quick treatment could save life or reduce the risk of future problems. Risk factors for pulmonary embolism include:

Pregnancy and childbirth (especially after a cesarean section, inactivity for long periods due to staying in bed after surgery or a serious illness, or sitting for a long time on a flight or car trip, recent surgery that involved the legs, hips, belly, or brain, diseases, such as cancer, heart failure, stroke, or a severe infection, use of birth control pills or hormone therapy, obesity, and smoking.

According to the hospital , late Mrs. Adesanya registered for antenatal care late at 26weeks, had an uneventful antenatal period until she was admitted into the labour ward at 36 weeks gestation with a complaint of backache and lower abdominal pain resulting in her difficulty in walking.

As against the allegation by family and fiend that Dolapo delivered her in the hospital elevator, the hospital said that she had her baby at the labour room after she ruptured her water in the course of investigations including abdominal ultrasound.

Reiterating its commitment to the highest level of healthcare service, which it noted has allowed it to treat from the simplest to some of the most complicated cases for almost 40 years, Eko hospital while noting that ‘every loss of life is regrettable and death is occasionally inevitable in a hospital, EKO hospital insists that it also uses all in its capacity to avoid preventable fatal outcomes.

The statement by the hospital read in part: “The late Mrs. Adesanya became our patient from October 2011 and delivered one previous pregnancy successfully without any incident in a hospital where thousands of babies have been delivered in the last two years with mortality rate way below half of the National average despite being a tertiary referral center.

“The late Mrs. Adesanya booked late for antenatal care at 26weeks.The antenatal period was uneventful until she was admitted into the labour ward at 36 weeks gestation complaining of backache and lower abdominal pain resulting in her difficulty in walking. Clinical evaluation was performed. Certain investigations including abdominal ultrasound was performed and she ruptured her water during the latter.

She was taken to the labour room where she was delivered of a premature baby. “She delivered the current baby prematurely at 36 weeks in a position that she found most comfortable in the labour room and the baby was resuscitated and is now in a stable condition in the special care baby unit.

The administration of care and counseling to the late Mrs. Adesanya is well-documented. Appropriate modalities of care were discussed with and offered Mrs. Adesanya at every stage. “The immediate post delivery period was satisfactory and she was transferred to the post-natal ward in a stable condition. Her condition remained stable for 34 hours after delivery.

“On the faithful day she suddenly developed a cough, became breathless and collapsed and all efforts to resuscitate her proved unsuccessful. A clinical diagnosis of pulmonary embolism was made. Pulmonary embolism sometimes occurs in people with predisposing factors e.g. post-surgery and post deliveries etc without warning.

“Further insight/confirmation into the cause of death and other predisposing factors would have been revealed by post mortem examination which the family refused, and we had to respect.

“The hospital did not abandon the corpse but gave room to the request by the family members to exercise their faith and belief in the efficacy of prayers in the post mortem period which lasted 24hours; this was also equally respected.” Reacting to the death of Dolapo, activists and commentators have condemned what they called preventable death of mothers in the course of child birth.

A woman activist and champion of maternal health rights, Dr. Abiola Akiyode-Afolabi said that the story of Dolapo is another confirmation that the country is not doing enough to address the high maternal mortality rate. She called for a culture of holding hospitals accountable for avoidable deaths.

“An institutions with the reputation of Eko Hospital having this kind of situation, then there is very little hope for the country. They need to be brought to book. We must begin the culture of litigating these deaths, both private and public hospitals must be held accountable, for this needless death,.

This is another that could have been prevented, Nigerians must be united to speak out and follow through to ensure that women do not continue to die needlessly’ Dolapo is one of the too many women who die merely for giving birth,” said Dr Akiyode-Afolabi who is the Executive Director, Women Advocates’ Research and Documentation Center (WARDC) A blogger, Alabekee Ola while reacting to the development on Stelladimokokorkus.com, said, “This is saddening! Nigerian doctors/hospitals are not mindful of human lives because of their carelessness. This death could have been averted if only they acted professionally.”

“This is the reason why people rush abroad for proper health care treatment….I can bet if this woman was paid more attention she won’t have died …but he’s right …in some naija hospitals…it’s business as usual…very nonchalant when it comes to some natural health issues like child birth…some nurses even slap and beat mothers in labour room,” said another commentator who simply identified self as Juicee ChicChic. Sabongida Ora said, “Why will a consultant be absent on duty for 24hours?

Why was she even not admitted for close monitoring the first day she got to the hospital? This death could have been averted. Indeed gross negligence and total mismanagement by the team involved in EKO Hospital.”