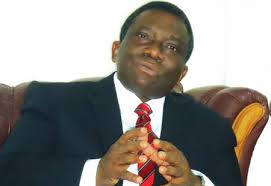 The Senate on Tuesday directed that the Minister of Health, Prof. Isaac Adewole, should appear before the members to brief them on the outbreak of Lassa fever in 10 states of the federation.

This followed a motion by Sen. Olanrewaju Tejuoso (APC-Ogun Central), which was co-sponsored by five other senators.

The Senate, just back from Christmas and New Year break, urged the Federal Government, health agencies and non-governmental organisations to carry out aggressive sensitisation in affected states.

It also suggested that the awareness on preventive measures of the scourge should be created at markets, restaurants, schools and other public places.

While condoling with families that had lost persons to the disease, the lawmakers advised Nigerians to adhere to rules of personal hygiene as well as report cases of persistent high fever to the nearest health centre.

Tejuoso, while moving the motion, expressed concern that since a similar outbreak in 2014, which claimed 20 lives, nothing had been done to check further outbreak of the disease.

He claimed that the fever had frequently infected people in Africa and resulted in 300,000 to 500,000 cases annually, and no fewer than 5,000 deaths each year.

He said that in spite of “this awareness, health and corporate agencies in Nigeria, emphasise on awareness creation only after new cases appears.’’

The legislator expressed concern that if nothing urgent was done to curtail further outbreak and spread of the disease, it would reach a magnitude where it could be declared a national emergency.

President of the Senate, Bukola Saraki, called on the Federal Ministry of Health to provide adequate fund for the Nigeria Centre for Disease Control (NCDC).

He said that it was expedient for the centre to be adequately funded to enable it function effectively in curtailing the spread and further outbreak of the disease.

He also called on the Senate Committee on Health to interface with the ministry in ensuring that the disease was properly managed.

“The most important issue is that the Committee on Health should do its oversight by engaging with the Minister of Health on how far the ministry has gone in tackling the problem,’’ he said.

A minute silence was, thereafter, observed for those who had lost their lives to the disease.