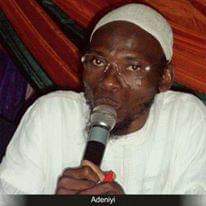 Save Lagos Group (SLG) has applauded the Kaduna State Governor, Mallam Nasir el-Rufai over his stance on god-fatherism in Nigeria politics, particularly in Lagos State.

Declaring support to el-Rufai position, the group maintained that the god-fatherism has eroded the State of its finest governor in the person of Mr. Akinwumi Ambode, the immediate past governor who was denied second term.

The group declared that the National Leader of the ruling All Progressives Congress (APC), Senator Bola Ahmed Tinubu is not fit to rule the country come 2023, as according to it, if the Presidency was to come to the Southwest Nigeria in 2023, the current Vice-President, Professor Yemi Osinbajo, SAN was most qualified than his godfather.

The group said the former Lagos governor’s certificate issue which it tagged “ChicagoGate,” remain unresolved as it is still pending in the court.

The group which took the position in a statement by its convener, Comrade Adeniyi Alimi Sulaiman, noted that since Tinubu still had a certificate forgery saga hanging  on his neck, it would not augur well for Southwest region to push a character like him forward for the position of President when the region has current Vice-President who, according it, is a Professor of Law and Senior Advocate of Nigeria.

It added that Professor Osinbajo had garnered all the needed experiences in both the public and private sphere to be the President of the country in the nearest future.

The group described Tinubu as a self- centred leader who only uses enthronement of his political godsons in various political offices to enrich himself and his family members, instead of rendering selfless service to humanity as displayed by the former governor of the State, Mr Ambode.

They used the opportunity to call on the courageous people of the Southwest and Lagos State in particular, to rise up against the domineering tendency of Senator Bola Tinubu by taking their destinies in their hands and put stop to the ongoing political slavery in the region and the Lagos State.

“It is high time well-meaning people of the Southwest region and Lagos State to joined hands together to uproot the modern day political slavery of under Senator Bola Ahmed Tinubu,” the group said.

It is fascist idea for only Senator Bola Tinubu to determin who gets what, when and how in the political space of the region vis a vis the State.This singular selfish action of Tinubu eroded the good people of Lagos State, the good works and selfless service of Governor Akinwumi Ambode for the next four years.

“Kaduna State governor,Mallam Nasir el-Rufai had captured the feelings of Lagosians in his anti-godfatherism statement against the domineering tendency of Senator Bola Tinubu. The APC National Leader is just doing everything possible to put the Lagos State and entire southwestern Nigeria in his pocket in order to determine who gets anything but God that set people of Isreal free from Pharaoh, would soon set the State and the region free from Tinubu’s hand.May God bless late Chief Ganiyu Oyesola Fawehinmi,SAN in his grave, who exposed Tinubu’s Chicagogate then,” the group concluded.