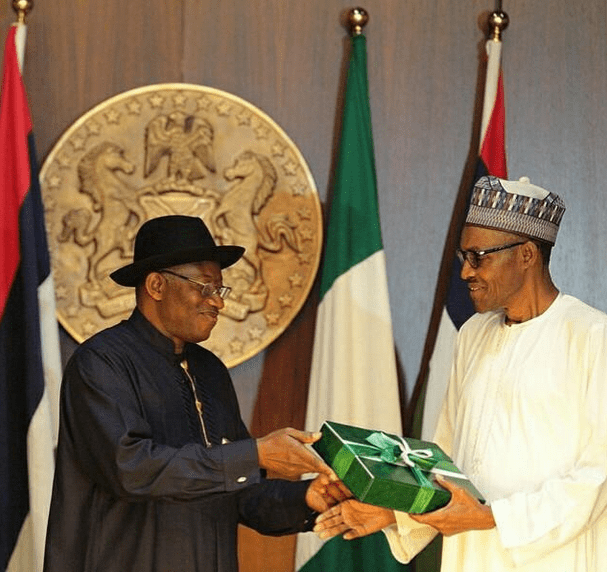 He did this shortly after he had conducted the incoming president round the Presidential Villa, the seat of power on Thursday, adding that he had done his best for the country.

Presenting the handover notes and a copy of the report of National Conference to Buhari, President Jonathan used the opportunity to wish the incoming administration successful governance.

Reacting, the incoming president, Mr. Buhari said that he would need to study the handover notes before he could make any official comment on it.