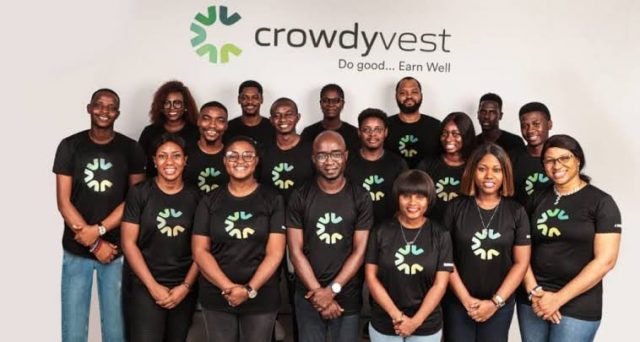 The story of agric crowdfunding in Nigeria depicts a sector that reached dramatic heights only to face a dizzying fall.
The sector’s implosion affected millions of investors and shook the budding crowdfunding sector to its core.

Crowd-funding firms operate by pooling funds from investors which they then invest in their own farms, or hand over to independent farmers.

It exists in three forms: donation-based, reward-based and equity-based crowd-funding, with investors getting to share in the profits made from loans given out to farmers.

After the completion of full farming cycle, the harvest are sold and invested money is returned to investors together with the assured Return on Investments (ROI).

The funding platforms, due to the difficult nature of securing loans from commercial banks, have become attractive to farmers who need funds and investors who want to get huge returns on their investments.

At their peak between 2017 to 2019, the firms paid out mouthwatering dividends as high as 20-50% to investors, prompting millions of Nigerians to flock to the crowdfunding firms in order to benefit from the investments option.

However, the party did not last long. According to Business Hallmark findings, big industry players with foreign partners like Agropartnerships, Crowdyvest and Farm360, to fringe players like Farm Sponsor, Vestpay, Payfarmer, Emerald farms, H O Corn, Goldvest, FarmKonnect, Farm Power and many others have either delayed or failed to pay the promised Return on Investment (ROI) to investors, not to talk of returning the money they invested.

According to findings, the rate of default in the payment of assured returns on investments by the firms have been rising daily
One of the firms that has defaulted in the payment of ROI to investors is Thrive Agric. Some Nigerians who invested in the outfit, while speaking on their unpleasant experiences, alleged that the company has continually failed on its promises to pay them the expected returns on their investments, despite several promises.

The angry investors said they invested between N1million and N5million in January 2021 and expected to be paid by September of the same year. They however said the company appealed for patience and promised to pay by October, a promise they claimed it has not fulfilled, more than three months after.

An investor with Thrive Agric, Mr. Muhammed Akinyemi, said he invested the sum of N710,000 with the firm with the expectation of getting back N805,000 within six months.
I was introduced to the scheme last January by a friend who told me the company is very reliable. After I was convinced, I first put in the sum of N510,000 in a farm under Thrives management in March (2021), and another N200,000 in another farm in April, making it N710,000 in total.

I am a very careful person and dont indulge in get rich quick schemes. Afraid of putting my money where itll end in tears, I carefully selected all the platforms where I was going to put money.

I took advice from people, who, either have money on those platforms, had used those platforms, or knew someone who is a part of the platforms. Asides the referrals, I also checked if the businesses had insurance policies that will guarantee protection in case things go sour. I did everything right. You cant say I am greedy because my profit, which is only N95,000, is reasonable, cried Akinyemi.
Akinyemi said he received the biggest shock of his life when he approached the company at the end of September, only to be told that he will have to wait for up to two years before repayment can be made.

Apart from Akinyemi, several other Nigerians investors have cried out for help over their inability to get back their initial investments and profits from Thrive Agric.
Our correspondent gathered that the companys troubles started a long time ago as records show that it started owing investors as far back as April 2020.

A retired civil servant in Lagos, Mr. Toyosi Oladunjoye, said he invested over N3million of his pension in the scheme in October 2019, hoping to make a return of a little over N400,000 at the end of April 2020.
I thought I did everything right to protect myself. I only put in money when I learnt that Leadway Assurance is insuring all investments in the event of any loss.

Since April 2020, I have made several attempts to retrieve my money and interests to no avail. It has been one promise after another. More worrying is the fact that workers of the company have gone AWOL. Their site is even down.

When I contacted Leadway Assurance, I was told that their insurance policy covers only assets on ground and not funds invested. I am begging the government to come to my aid. They should not allow my sweat to go in vain, Pa. Oladunjoye begged.

However, the management of Thrive Agric blamed its inability to meet up with payment schedules on effects of the coronavirus pandemic. It added that the companys insurance policy with Leadway Assurance does not cover the losses incurred due to activities before and after farming.

In an email message sent to many of its aggrieved customers obtained by BH, the company said it was not fully prepared for the impact of the COVID-19 pandemic. It promised to pay investors their due, but that repayment will be on a first-come-first-served basis.
Thrive Agric primary revenue source is based on a successful harvest (inclusive of crops and poultry).

When a planting season or harvest is lost, like we did this year, Thrive Agric can only hope to earn such lost revenues from subsequent harvests.

We have communicated timelines for repayment to our subscribers of up to 24 months depending on the specifics of their subscription. We expect to payout before the committed due date, the company explained.
BH reliably gathered that many Nigerians are experiencing the same reception from other crowdfunding platforms.

A publisher of one of Nigerian’s leading newspaper informed our correspondent that a friend of his lost the N200million he invested in one of the firms.

“They (crowdfunding businesses) are scams. A rich friend of mine recently fell victim to the vice. Which business will give you 30% returns in 7 months? If it is true, most Nigerians will be rich by now.

“The lucrative oil and gas and even banking sectors are not giving that kind of profit. Most economic sectors are in fact groaning under the present economic downturn and are declaring losses”, the newspaper publisher stated.

A business woman with Requid, a Nigerian agritech investment firm simply identified as Ms Eruteya, said all her expectations when she subscribed to Requid on May 30, 2020 have been dashed.

According to her, she invested N150,000 in Requid’s JV Rice 02 Farm, with a promise of a return on investment of 28% in seven months.
On the 26th of December 2020, four days before my payout, they sent an email which I didnt see till the 30th when my payment was due.

They had been putting bi-weekly updates on their site and according to the site, the farm was doing well when they sent this message.
“The email read, ‘We wish to notify you of some developments with regards to one of your payouts. Your Rice JV 02 investment, a joint venture with Novus Agro for rice production on 2,550 hectares of land in Kebbi and Sokoto States will mature on December 30, 2020, and payouts will thus be due.

Unfortunately, due to the impact of the flooding in Kebbi and Sokoto States and other unprecedented adverse weather conditions this year, rice farms nationwide suffered significant losses — as widely reported’.

Alarmed, Eruteya said she contacted the firm through email, and a reply soon came informing me that the interest due to me would be reduced from the promised 28% 5%.
Apart from that, she said Requid told her that the payments due to have been slated for staggered payments at 10 per cent for December 31 2020; 70 per cent for February 28, 2021, and 25 per cent for March 31, 2021 (capital and interest).

“While I received the initial 10%, I got only 20% of the promised 70% on the 28th of February. Since then, I have not heard from them.
They stopped accepting calls, live chats or messages. They ignored all mails I sent and continued to crowdfund, stating that one farm failure had nothing to do with others as they had able trustees. All promises that they would pay up did not see the light of day, Eruteya lamented.

Another investor who prayed for anonymity for herself and the firm over fears that government could intervene and close down the company, said she had been having sleepless nights since the company reneged on the agreement to return her capital and profit.

I invested $5,000 in an agric crowdfunding company in March 2020 and am expecting to make a profit of $1,000 by the end of the first planting season in June.

When I approached the company at the end of the month (June), they told me that they were affected by coronavirus pandemic and the subsequent restrictions and lockdown. I was told to wait till the end of another planting season in October.

October has passed and we are in February of another year, yet I have not been able to recoup my initial investment, not to talk of profit, she lamented.

Meanwhile, the Institute for International Finance (IIF), has warned that agriculture crowdfunding platforms that sell products promising higher returns than the rates the companies can earn on risk-free investments may be pushing risky bets that are increasingly skirting the lines of Ponzi schemes amid a hunt for yield by investors and weak regulations.
The institute warned that Nigerians are at risk of losing their investments, while insisting that crowdfunding platforms must be regulated to protect investors.

Also speaking, the Chief Executive Officer of Pristella Business Solutions Limited, Ahmed Hassan, blamed the failure of crowdfunding firms to pay the promised ROI on its unrealistic rate of interest to be earned within a very short period and many other reasons.

“Investors should know that 50% ROI is something that will not last for long because it is not feasible. Also, the leaders that understand agriculture do not understand business. And in agri business, if you dont know both, you have to synergize by looking for a way to get partners or managers to compliment, but in most cases we dont have such.

Agric business is a long term business; if you are starting this year, you shouldnt expect to break even next year. You need a plan before you can start out because it will take you nothing less than three years to break even, as the initial money invested will be used to build the business.

But what we see today is platforms using the money investors pay to build up infrastructure. What they dont know is, when they are actually constructing, that money does not have any economic benefit to the business. That means, infrastructure is not something you can get profit from otherwise you lease out. It is only when you buy farm input that you can get profit from it with rime.

Another mistake that people make is borrowing money to invest. Investment is meant to be done with spare money because it is a risk you are taking.