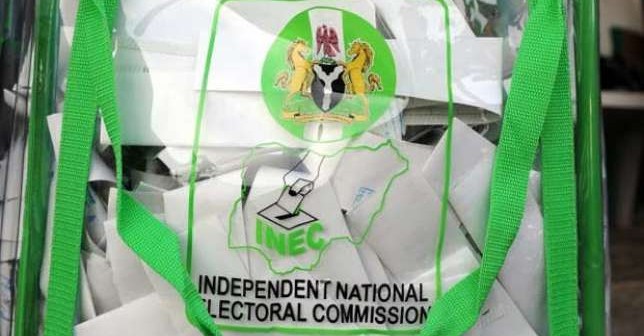 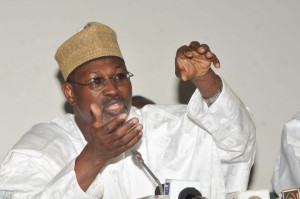 The Chairman of the Independent National Electoral Commission (INEC), Professor Attahiru Jega, has said that some predictions, especially by some international media organizations suggesting that the outcome of the recently concluded 2015 general elections may lead to the end of the country, have proved to be false due to the generally free, fair, credible and peaceful conduct of the elections.

The INEC Chairman made the comment at the commission’s headquarters in Abuja yesterday when he received a delegation led by the Ambassador of Mexico to Nigeria, Marco Antonio Garcia Blanco.

“We are indeed very happy that our elections turned out to be well and to have been recognized both nationally and internationally as free, fair, credible and also peaceful. Leading to the election, some impressions had been created, particularly in the international media as if this may be the end of our country. Thank God it was  a doomsday prediction which turned out to be false”.

Jega, who was delighted by the offer to share experiences with the other countries, explained that though the 2015 elections, were not perfect, they were much better than that of 2011 and admitted that there was room for improvement.

“We know that the election has not been perfect; we know that it was better than 2011; but there is also a lot of scope for improvement and that is why we welcome every opportunity to visit other countries and to see how they do their own elections and to be able to exchange ideas and to also learn good practices which we can continue to adapt to our own circumstances for continuous improvement of our own electoral process”.

He appreciated the efforts of the Mexican High Commission in the signing of a Memorandum of Understanding between both countries in sharing electoral experiences and urged that such bilateral relationship should be extended to other sectors. “You facilitated the signing of the Memorandum of Understanding which has been very useful, many of our staff have benefitted by participation in some conferences. All these experiences have been useful and beneficial and we cherish the opportunity,” he said.

Earlier in his remarks, Ambassador Marco Antonio Garcia Blanco had said his mission to the Commission was to “transmit congratulatory message for a great job that the Commission did in the last electoral process.”

He said everybody recognized the key role played by the Commission in the successes achieved in the last electoral process.

He called on the leadership of INEC to share experience with his country which he said is very important in improving the electoral process in Mexico.

“Your expertise, knowledge and wisdom will be a great asset to our electoral body. With experience sharing, Mexico will benefit a lot”.

He advocated for continuous strengthening of existing bi-lateral relationship between both countries.

Meanwhile, the President of the Republic of Niger, Mahamadou Issoufou, yesterday paid glowing tributes to President Goodluck Jonathan for its leadership qualities in Nigeria, the sub-region and the continent.

Issoufou gave the commendation while addressing journalists after a closed-door meeting he had with Jonathan at the Presidential Villa, Abuja.

The Nigerien leader, who spoke through an interpreter, said Jonathan made the continent proud by conceding defeat in the March 28Presidential election and calling his main challenger, Muhammadu Buhari, to congratulate him.