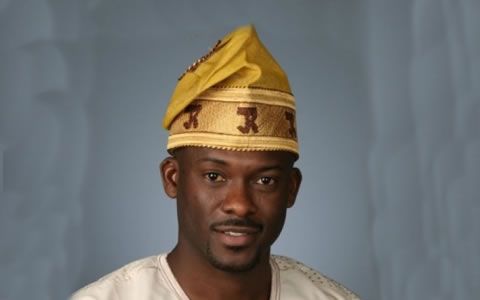 Babajide Obanikoro and Moyosore Ogunlewe failed in their bid to win election into Lagos state House of Assembly. The reason being that their fathers’ political influence has dwindled over the years. OKUNADE ADEKUNLE reports

The political status of the Minister of State for Foreign Affairs 11, Senator Musiliu Obanikoro and former Minister of Works, Senator Adeseye Ogunlewe could not help their children secure victory in the just concluded general election in Lagos state. The two Peoples Democratic Party (PDP) chieftains political influence may have dwindled over the years to the extent that their relevance in the state’s politics is not much again.

And they relied heavily on their father’s strength to push through in the election.

Babajide and Moyosore’s candidature which were perceived as political compensation for the contributions which their fathers have made for the party in the state, did not have the strong support of the party faithful in their constituencies to give them victory at the poll.

Although, some of the loyalists of their fathers who have been able to benefit from their political connections worked assiduously to deliver Babajide and Moyosore in the election, but the financial strength and strong political base of the APC candidates in their constituencies neutralized the last minute moves by their father’s loyalists in the constituencies.

In Eti-Osa, Babajide banked on his father’s political strength and structure as he did during the 2011 local government election, believing the same structure would deliver votes for him at the House of Assembly election. But it worked against him as some of the party faithful said that his father did not carry them along during his tenure as minister of state for Defence.

Aside that, the residents of Eti-Osa who were majorly sophisticated elites were not comfortable with the way and manner Senator Obanikoro acted during the battle with Lagos state government over the Ilubirin Estate in the local government, which the APC government is building.

Few weeks after Senator Obanikoro was appointed as Minister of state for Defence, he mobilised the Navy which was under his control at that time to disrupt the activities of the contractors who were to build the estate. This act was believed to have changed the housing policy and programme which the current government put  in place to salvage the housing problem facing the people in the area.

Few weeks before the election, Yishawu was able to use his personal relationship with the Hausa speaking residents who dominate the constituency to break the political influence and control of Senator Obanikoro in the constituency.

In Kosofe constituency 1 where Senator Ogunlewe’s son (Moyosore) contested with an APC four time contestant, Bayo Osinowo, the negative reputation which the former minister of works has  among the party faithful and even the residents of the constituency cost Moyosore his victory at the poll. Moyosore put all his faith in the political structure and base built by his father in the constituency to ride to the House of Assembly, but was cut short by the problems created by his father few months to the election concerning the allegation that Senator Ogunlewe diverted most largesse meant for the party faithful in Lagos East Senatorial district.

Hallmark gathered that some of the party faithful complained of campaign funds not getting to them to help checkmate the APC candidate, Osinowo in the constituency.

Although, Moyosore has indicated interest to challenge Osinowo’s victory at election Tribunal because of some discrepancies which was identified in the results, however his success at the Tribunal has become a subject for argument in the constituency.