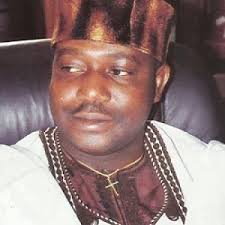 Deputy Speaker, Edo State House of Assembly, Hon. Victor Edoroh, has attributed his ability to deliver dividends of democracy and personality trait as factors that won him a second term ticket in the just concluded governorship/State House of Assemblies elections in the Edo Central Senatorial District where PDP Board of Trustee Chairman, Chief Tony Anenih, comes from.
Besides being the stronghold of the PDP, Edo Central Senatorial District is the ancestral home of the PDP BoT Chairman, Minister for Works, Architect Mike Onolememen.
The party equally won the senatorial slot and two House of representatives seats in the district.
Speaking with newsmen, the deputy speaker who also attributed his victory to years of unfulfilled electioneering promises by the PDP lawmakers, who had at one time or the other represented the constituency, said he had equally made remarkable impact in every ward that made up his constituency in the last three and half years as a member of the state House of Assembly.

“But the truth is that the person contesting election is a factor. When I contested the election I got all the votes from both the PDP and the APC. Even in this election, both PDP and APC voted for me. That is because I have been able to demonstrate in Edo Central what they thought was impossible.”
He also denied that his re-election was characterized by electoral malpractices, snatching of ballot boxes, harassment of voters by soldiers, expressing hope that the court will re-affirm his victory even if his PDP opponent decided to challenge the outcome of the election.
On the absent of viable opposition in the forthcoming 6th assembly, he said, “The truth of the matter is that the opposition has been grossly insignificant as far as the legislative business of Edo State is concerned, coupled with the facts that the developmental strides of Governor Oshiomhole have overwhelmed the people of the state.