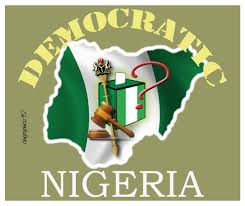 The abysmal level, to which governance has descended at the state level in Nigeria, leaves much to be desired. We are worried that since the country returned to civil rule in 1999, we have had only a few true democrats, if any, as governors of the various states across the country.

It is no overstatement to hold that since 1999, no appreciable progress has been made in delivering the dividends of democracy, and this this can be attributed to the failure of the governors to perform.

People have tended to focus more attention on the Federal Government, which of course is a function of the over-centralisation we have now. However, we know that with the Federal Allocation that accrues to the state, the security votes that they have, and the opportunity for them to get their own Internally Generated Revenue, the governors have no excuse for their failure.

What do many governors do with these funds? It is apparent that large chunks are used to nurture the ostentatious lifestyles of the helmsmen of the states as well as their aides and cronies.

They unnecessarily keep a large number of aides who also have their own aides, thereby increasing unnecessarily the cost of governance. Meanwhile, the citizens they govern are suffering, and hapless civil servants are being owed salaries for many months.

This newspaper is miffed that the concept of separation of powers only exists on paper among too many governors in Nigeria. The governors behave like fiefs ruling over a fiefdom.

They interfere with the Houses of Assembly. They covertly influence and decide who becomes a speaker. The “almighty” state chief executives also orchestrate the impeachment of a speaker when they fall out of love with him.

When a House of Assembly has been so intimidated or corrupted that it cannot check the excesses of a state governor, we are left with a one-man rule. We are not aware of any state in the country where the House of Assembly is truly independent.

The judiciary in many of the states is not also spared from the overbearing interference of the governors.

An eloquent testimony to this is the fact that many state judiciaries are yet to be allowed to become financially autonomous, contrary to the verdict of a Federal High Court to that effect.

But the governors have so much emasculated the local governments under them through the joint State-Local Government account.

Local Government elections are supposed to hold every three years, but in most states, there are no elections.

The governors only set up caretaker governments at that level.

The caretaker Local Government chairmen are stooges and lackeys of the State Governors who appointed them.

If we no longer need local governments, let the constitution be amended to scrap them. But while they remain in the constitution, the governors should let them run as laid down in our laws.

Our governors seem unaccountable to anyone, as the state legislatures are too weak or compromised to check their excesses. One factor responsible for this is the fact that the legislature at that level is dominated with members from the same political party as the governor. Hence, there is no strong opposition in the House of Assembly.

Hallmark newspaper calls on the governors-elect who will soon be sworn-in as substantive governors to observe the tenets of democracy and work towards delivering its dividends to the masses they were elected to govern.