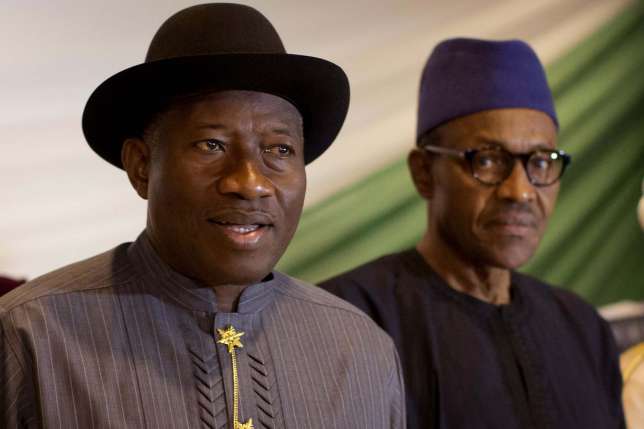 According to him, the chain of command at the Supreme Military Headquarters was so diffused that the internal telephone directory his office produced for the leadership showed each of the troika — Obasanjo, Danjuma and Yar’Adua — as number one in the directory in their offices!

That situation reflected the reality of power in Nigeria at the time. It ensured the success of the Obasanjo government and even more importantly, ensured the success of his life. Of course as the popular saying has it, he who fights and runs away will surely live to fight another day. Obasanjo did and in his subsequent tours of duty he became his own person and exercised to the hilt, the enormous powers of his office. But how did he achieve such a feat?

By the time Obasanjo assumed office in 1999, Nigeria had changed remarkably. The military had overplayed its hand and exposed even more starkly, the vulnerabilities of the North. An internal opposition, fueled by emergent centres of power — the media, intelligentsia, Pentecostal Christianity and civil society — and catalysed by a rapidly changing international environment had coalesced into a formidable political platform against the military North. However, when the history of the era will be written, scholars will surely note that it was the internal contradictions and deep fissures of the military industrial complex, driven by intense personal ambitions which revealed the moral hollowness of the Northern military ideology and provided the impetus for its unraveling. Even at the outset of the Sani Abacha regime, it had become apparent that military rule and the Northern vision of Nigeria was unsustainable. Abacha had his duties cut out for him; initiate the process of national socio-economic and political transformation and use the levers of his powers to determine its parameters. But he was an apologist of a decadent and decayed world view whose morality and logic were irredeemably flawed. To make matters worse, his main motive for power was not the ennobling virtues of nationalism and altruism. Instead, it was the aggrandizing selfishness that had become the bane of his co-travellers in the military ruling class. His cataclysmic end was in the circumstances, a historical inevitability.

And so also was the demise of the Northern political establishment, whose military arm he represented. But the old era did not pass without an earthquake. The whole Abiola and June 12 saga, was the price the Yoruba South had to pay in order to usher in a new epoch and unwittingly ensured Obasanjo’s safety and success in office.

But the salient truth is that Obasanjo and the Yoruba have not been strangers to power. In the years of the civil war and thereafter, the South West and the North had forged a system of power co-habitation in which they shared power among themselves. While the North dominated the formal power structure, the South West dominated the bureaucracy and services. They leveraged from the system and created credible centres of power in the Bureaucracy, Business and Civil society. Even in the military and intelligence services, they were well represented.

So the South West had developed the institutional framework which underpins political power. From the outbreak of the war to the beginning of the Obasanjo presidency, the South West controlled or dominated the bureaucracy and the civil service structure. But it was in corporate Nigeria, or what some call the organized private sector, that the South West dominance was most apparent. In manufacturing, Banking and Finance, Oil and Gas etc, the dominance of the South West was clearly evident. From 1967 when Chief Awolowo agreed to serve in the Federal Military Government as General Yakubu Gowon’s right hand man, the South West had appeared content to cede the political high ground to the North. A scenario emerged in which the North and South West apparently shared power, with the North as the senior partners controlling political power, while the South West occupied the junior position and controlled the economic power. The situation persisted into the late 80s when the respected Northern born politician, AlhajiMaitamaSule espoused his infamous theory to wit; the North is naturally equipped for political power and leadership, the South West for management and diplomacy and the South East, for trade and commerce. This theory was quite controversial and came under withering attack by the South West intelligentsia, including General Olusegun Obasanjo who in his characteristic bluntness blasted it as invidious and unacceptable. It is interesting to note that all this while, not much mention was made of the minorities, especially the Southern minorities. In the Nigerian order of things, they were virtually inconsequential.

Thus by the time Obasanjo won the presidency in 1999, the South West had become quite strong with solid institutions to hold and retain power at the highest levels of governance. Apart from formal power, the South West controlled other centres of power at the informal level — the media, intelligentsia, civic society including the emergent activist Christian movements. Thus, the newly elected President OlusegunObasanjo was quite a formidable power in 1999. Despite the deep ideological differences between the Obasanjo camp and the dominant political strand in the South West, there was common ground among all the different shades of opinion in the zone, of the necessity of Obasanjo’s success. So they all pulled together to ensure his survival and success. Obasanjo thus came to office on a strong power base. He was already a ranking member of the military industrial — complex whose old boy network and extensive holdings permeated the fabric of the country. But even then, it was less of that and more of his Yoruba heritage that he leveraged on to succeed in office. Unlike the only other southerner in history to exercise presidential power, the late Maj.Gen. J.T.U Aguiyi Ironsi, he was not a sitting duck in the presidential mansion. Thus he could afford not only to be in office but also in power, in the famous words of former President Ibrahim Babangida. He was also able to initiate and implement fundamental and even controversial policies, some of which left lasting imprints on the country. And in the end, he lived to tell the story without being tied to a military landrover and dragged along the road until he died, unlike Ironsi before him. The South West indicated in no unmistable terms that despite whatever he may do wrong, Obasanjo was not to be touched by anyone. Of course no one did.