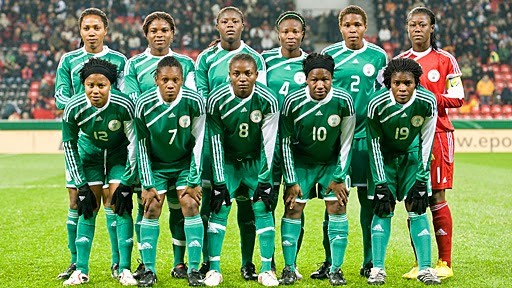 I feel no pressure — Oshoala

Ahead of the 2015 FIFA Women’s World Cup, Asisat Oshoala has categorically insisted that she will not be under any sort of pressure when the World Cup gets underway in Canada in June.

The current African Female Footballer of the year said whatever individual award she got last year at the U20 Women’s World Cup will not put her under any sort of pressure to repeat such feats again.

“Definitely, it is a different ball game but what I will say is that I will go to Canada again and give my best and prove that I am a good player and that what happened in 2014 was not a fluke. I have to make sure I give the fans a lot of reason to smile in Nigeria.

“The first stage of the Olympic Games qualifiers is gone and I think we have to look forward to the next competition which is the senior World Cup. We have a few weeks to prepare and focus on the task at hand