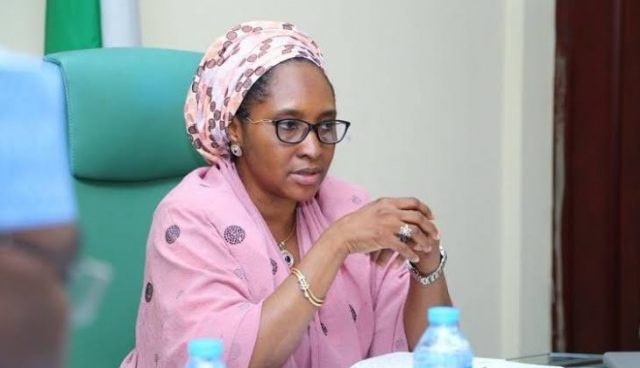 The Federal Government has indicated it will soon release the sum of N649.43 billion as the final tranche of the Paris Club debt refund to state governments.

Minister of Finance, Mrs. Zainab Ahmed who gave the figure on Thursday in Abuja during a media briefing on the activities of her ministry, also revealed that the government has recovered N605billion from its whistleblower policy

Ahmed said the refund amount had already been verified by the ministry as the outstanding balance to be refunded to the states, noting that the refund would be made to the state governments in due course.

“For the final phase of the Paris Club debts refunds, the total sum of N649.434bn was verified by the ministry as the outstanding balance to be refunded to the state governments,” she said.

“The payments made by the Central Bank of Nigeria as of March 2019 is N691.56bn. The increase in CBN payments partly arose from the exchange rate differential at the point of payment. Although some states still have outstanding balances, they will be refunded in due course.”

The Minister also disclosed that between June 20, 2018, when the 2018 budget was signed into law by President Muhammadu Buhari and May 14, 2019, the Federal Government had released a total of N2.079trillion to finance capital components of the 2018 budget.

The Federal Government had as of March 29 put the total amount released for capital projects at N1.9 trillion

The 2018 budget, signed by President Buhari on June 20 last year, had total spending of N9.1tn.

There was also a provision of N2.01tn for debt servicing, which is 21 per cent of the total budget, while a provision of N177bn to retire maturing bond to local contractors was made by the government.

Ahmed emphasised that the government would continue the implementation of the capital component of the 2018 budget until the coming into operation of the 2019 budget.

According to her, the assessment of the 2019 Appropriation Bill passed by the National Assembly would soon be completed and a report sent to President Buhari for consideration.

She explained that the constitution provided for spending the current year’s budget on a provisional basis for salaries and recurrent expenditure, adding that the capital budget for 2018 was still running until the new budget came into place.

“We have a situation whereby we have two different periods running side by side. So, at any point in time, we have a budget that is running. The law allows us on a provisional basis to run 50 per cent of the previous year’s provision on the current year’s budget,” she said.

“When the budget is assented to, we will now transfer all the transactions that have happened to the 2019 budget, so there is no gap.”

On implementation of the new National Minimum Wage, the Minister said the financial implications had been worked out by the Presidential Committee set up by Buhari adding that the report had been submitted to the president.

She said the report had already been locked into adding that what was being worked on now was how the salary increment would be financed.

“We have looked at the report and what we are working on now is how we can finance it. Apart from the increase of the minimum wage from N18, 000 to N30, 000, there is also a consequential adjustment that we have to negotiate with the labour unions.

“The total implication of that would be worked out only after the negotiations and that would involve determining how much increase every other employee above the minimum wage would get.

“It could be a flat amount or a proportion, but the other aspect that is clear is that there would be an increase for the National Youth Service Corps as well because, by the Act, they should earn at least the minimum wage and the NYSC also has to increase to that N30, 000.

“So, because we have not done the negotiation with labour, I cannot give you the details of what we are projecting because it is simply on projections.

“At the end of the day, it is what we agree with labour that will be the amount that is due.”

Speaking on the whistleblower policy launched by the administration in December 2016, Ahmed said the Federal Government had recovered about N605 billion through its implementation and that of the Presidential Initiative on Continuous Audit.

Among the figure, she noted, was the savings of N8.3 billion during the first quarter of 2019.

The Minister said debt increase from N12.2 trillion to N23 trillion was intended since according to her, it was meant to reflate the economy as captured in the Economic Recovery and Growth Plan.