When Governor Nasir El-Rufai and other presidential spokespersons canvassed that corruption would kill Nigeria, if not stopped, it was a statement of deliberate deceit and plain mischief borne out of historical ignorance. Corruption has never killed any country and if it is new, then it is not true; for there is nothing new under the sun! It cannot start with Nigeria. However, subsidy can and has killed some countries.

Of all the current debilitating issues and challenges gnawing at the socio-economic and political fabrics of the country, none is as politically dangerous, socially deleterious and economically ruinous to our very survival as a viable society as the problem of fuel subsidy. It is not its existence that should concern as much as our inability and determination to tackle it.

Bu it is a problem if allowed to continue and fester for unfathomable reasons future generations will surely regret. No society becomes great by destroying its future because that is exactly what the present Nigeria leaders are doing with this subsidy issue. As with individual and corporate organizations, future greatness is contingent on present sacrifice and investments; those who avoid this fact mortgage the future.

Last week the issue of subsidy dominated the headlines. Finance Minister, Mrs Zainab Ahmed had assured the world at the IMF/World Bank forum in Washington following concern of unsustainable cost of subsidy on the economy and government revenue, that Nigeria was ready to do the needful by removing it. Pronto, queues appeared at filling stations nationwide. And characteristically, she reverse herself – perhaps after reprimand from her minders – clarifying that the country was not ready as there was need to provide adequate safety nets and cushions before addressing it.

Those who may be wondering at the effect of subsidy on any nation should study the former communist countries such as Russia, then USSR; Yugoslavia, China, and Venezuela. It was subsidy that brought down the communist countries. China escaped because it saw its futility after the death of Mao Zedong and introduced reforms. Venezuela is now a basket case, where money has lost its essence because of its pig-headed pursuit of subsidy.

Generally, subsidy is government attempt to reward the people with the benefit of oil resources without directly paying cash – an indirect cash transfer. It involves selling fuel to Nigerians at less than the actual cost or production price; the price difference between production (import) and sale is borne by government. In simple terms, Nigeria and Nigerians are living beyond their income. Again, anybody that does this at individual and corporate level would be bankrupt soon than later.

It was the same principle and logic that informed the overvaluation of the naira. What both have done is to allow Nigerians indulge in their propensity for conspicuous compulsive consumption at the expense of the future by not paying the full cost in domestic price parity. Both policies were part of our military legacy and derived from the oil boom – symptoms of the Dutch Disease.

When Nigeria introduced the IMF-inspired economic reform in 1986 under SAP, two of the critical planks were devaluation of the naira and removal of subsidy. Devaluation took the naira exchange rate from N1.8 per dollar to N84 by 1999; it is now N360. Removal of subsidy led to the privatization programme to reduce financial burden on government which is what subsidy has created. From 60k per litre in 1986, fuel price has moved progressively to N145, yet the subsidy has also been rising.

From the annual average of N200 billion in 2003, it is jumped to over N800 billion today. This amount is more than the budget of four critical ministries such as education, health, agriculture and Technology combined. Last week, minister of state for petroleum Dr. Ibe Kachikwu said the landing cost has risen from N177 to N180; which means that the subsidy in 2019 will over-shoot the N783 billion incurred in 2018.

Meanwhile, Nigeria cannot fund its critical infrastructure, such as Lagos-Ibadan road, Second Niger Bridge, Lagos- Ibadan rail, Mambilla power plant, ports etc, – projects that can change the economy of this country. Yet such humongous sum is being expended on our bloated appetite.

We are borrowing as if it is free and will not be repaid, when this amount could mitigate the funding challenge; we are wasting scarce forex importing fuel which is further depreciating the naira; and because of subsidy demand for fuel, whether real or artificial, has increased from just 22 million litre in 2010 to 42 million in 2018. How can we continue like this and where do we go from here?

Removing subsidy is not going to be easy and painless; but it is the only way to go. Whether we do it now or later, it must be done; otherwise, it will kill this country. At the landing cost of N180 per litre, the highest price without subsidy may be N210. But as more importers get involved, margins will drop and also price. That is the beauty of competition. What has happened over time with both the naira and fuel is that we have been increasing price with allowing for competition; so the price keeps rising. It is only competition that brings down price.

It would be naïve to assume that removing subsidy will not cause crisis; it could create a major social, economic and political upheaval, especially after we have been so used to it; but it’s a choice between today and the future. And it is better now than later because of the complications and complexities. Delay is dangerous!

The economy needs to grow to take care of the people, but it cannot grow because there is inadequate investment in key infrastructure; there is no investment because funding is low. Yet we are wasting the little funding we have to maintain an entitlement culture. Nigeria is simply cutting its nose to spite its face. What awaits us is the Venezuelan scenario. It is an oil economy like Nigeria; it was burdened by heavy subsidy which the leadership for political advantage refused to abandon. Today, it has no money to continue. 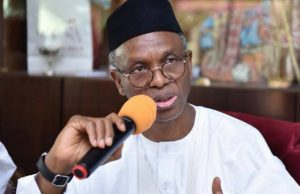