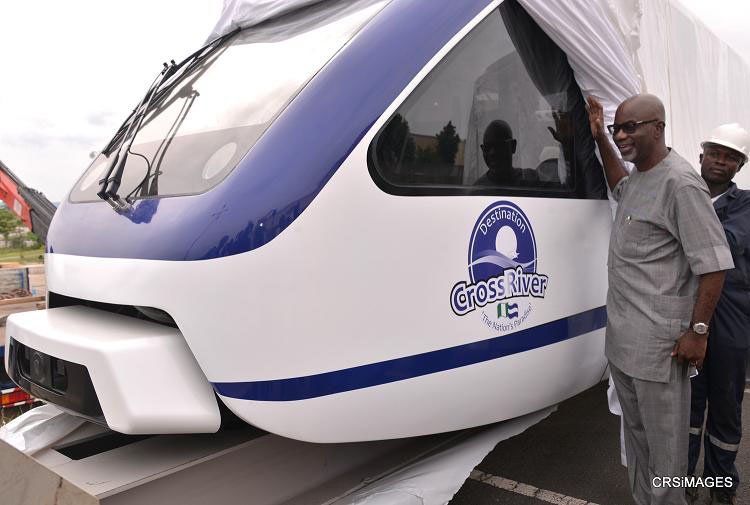 The governor said in the next few weeks, the rails  would link the Summit Hills and Tinapa, bringing the business and leisure resort closer to Calabar metropolis.

He said: “The monorail line is a project that has been in the books of Cross River State for many years. So, it is very gratifying for us to see that the trains are finally delivered to site and work is going on. In a couple of weeks, we will have this train running, linking Tinapa to Calabar and berthing at the Calabar International Convention Centre.

“This is a realisation of a dream and an indication of growth and economic expansion, particularly in tourism, which the state is known for. This is growth for business and leisure, which should be appreciated by the people.

Imoke said he was pleased that the vision depicted a good project, adding that the monorail, which will run across an artificial lake separating the two facilities, will be the newest tourism attraction in the state.

He said: “As an administration, we will continue to build and strengthen that sector. This train will further enhance that because it will be used for business and pleasure. I expect everyone to come and enjoy a ride of this nature that links the two great tourists attractions.

“Though I may not take a ride on the train before my exit, but as we speak, everything has been procured and delivered on site. It is just waiting to be coupled, and it will be up and running. This will become the newest tourist attraction in Cross River State.

“If you take an aerial view of these facilities, I don’t think we have any site in Nigeria that can be compared with it, except maybe, the Obudu Mountain Resort.”

The governor added that an agreement had been signed with the technical partners to  train Cross River State indigenes to maintain the equipment, when they take over.

Culled from The Nation