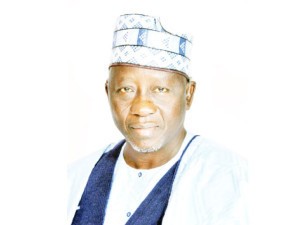 Preparatory to the formation of a new cabinet after the May 29th swearing-in date of Governor Umaru Tanko Al-Makura for a second term of office, serving political appointees and would-be hopefuls are losing no sleep as lobbying for various offices have intensified.

Findings revealed that about four out of the serving commissioners may succeed in making the new list of commissioners due largely to their track record.

Some of the returnees are thought to be the serving commissioner for Lands and Survey, Mr. Sunny Agassi, whose midas touch in land administration through the revered Nasarawa Geographic Information System (NAGIS) remains one of the success stories of Al-Makura’s administration.

Others include the commissioner for Health, Dr. Emmanuel Akaabe, commissioner for Local Government and Chieftaincy Affairs, Hon. Mohammed Danazimi and their Education counterpart, Hon. Husseini Abubakar.

LEADERSHIP reliably gathered that Governor Al-Makura has insisted that candidates of the APC that lost out in the recently concluded general elections would form a substantial part of the new cabinet as commissioners and special advisers which would also serve as compensation for their loss.

Further findings revealed that most of the commissioners who allegedly performed below expectation in their respective ministries are said to have resorted to lobbying some traditional rulers and other stakeholders of the All Progressives Congress (APC) in the state to beg the governor for their re-appointment inthe next dispensation.