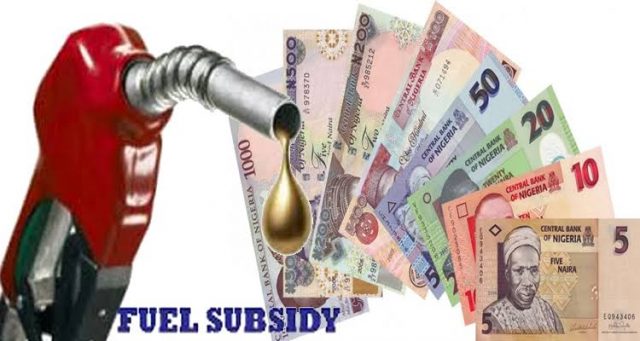 Right to reply:
I received a thought provoking response to one of my earlier articles, which not only represents the typical argument in favour of subsidy but requires a deeper examination and interrogation of the issue; because here in this country contentious subjects like subsidy are never thoroughly examined and judged on merit; instead they become political and emotional issues devoid of reason and rationality. I wish to express appreciation to the writer for his candour and conviction. Read on:

“Your write up on petroleum subsidy was anti-people; the battered citizens of this pitiable country. You never condemned the leadership… down to Obasanjo era for their inability or is it outright refusal to resuscitate and revamp the nation’s moribund refineries… and build new ones etc; so that we can produce fuel and other products at a lower cost. Definitely the price won’t be what the so-called landing cost is presently.

“We leave the substance and continue to chase the shadow always. The deprived, overexploited, dehumanized and traumatized helpless Nigerians are watching. Let them go on and remove the subsidy so that we can buy PMS at N300 per litre and above. Show us the cost of petroleum products in other OPEC countries around the world. Forget about Venezuela.

“You want us to believe that the only problem we have in this country is oil subsidy; while other financial malfeasance and heists abound in all corners… We are waiting”. Kamen.

All populist governments are naturally nationalistic and nationalism is a double edged sword. Oscar Wilde once described nationalism as the last refuge of the scoundrel. The truth of this timeless assertion is that all nationalist regimes end badly – all – like the one in Venezuela which our writer would want us to forget, as well as the present Nigerian government of President Buhari. Nationalist government and leaders are actually anti-development because what you may have achieved in the short term will be inevitably destroyed in the long term.

Great nations and empires had been built with the spirit of nationalism; so they have also been destroyed. The greatest global challenge today is the resurgence of nationalism. Without nationalism expressed at the atomistic level as individualism, the world will be a better place for all. For instance, how would you explain the act that some countries are destroying food when half of the world is living in abject poverty and hunger? Simple answer: Nationalism.

A former American president and the founder of Public Administration as a course of study, Prof. Woodrow Wilson, once described populism and public opinion as major impediments to development. In his classic paper, The Science of Public Administration in 1908 shortly before he became present in 1913, he declared, “where populism or public opinion rules, there is no development”. This is also a major criticism against democracy. It never gives you the best options.

I surmise that the writer is a supporter of this regime for its refusal to remove subsidy; yet it is the same government that raise fuel price from N96 to N145 per litre without any remedy. In the four years of this administration, the country has spent over N8 trillion on fuel subsidy and another $34 billion on defending the naira which is another subsidy – currency subsidy. These wastages when education, health, infrastructure are not funded and unemployment is at an all time high.

Those who are obsessed with the people today, do they think of the people tomorrow. Because what a man sows he will reap; what we are doing today will definitely produce results or fruits tomorrow. The countries we envy and our people give an arm to emigrate to today paid the price in the past we are shying away from paying and we want to be like them. No way; it will not happen because life does not reward stupidity. We are by our conscious actions voting to remain perpetually at the bottom rung of global social ladder. And our greatest enemy is population.

In the next 25 years Nigeria will be the third most populous country in the world after India and China given the current average population growth rate of 3.2 percent. What is the investment being made today in anticipation of this obvious threat? Because those making the ‘people’ argument for subsidy forget the fact that tomorrow will come as it always does, unfortunately when you are least prepared.

Ironically, subsidy is hindering our development which naturally should benefit the people more on the longer term, because what development can offer, such as good transportation, housing, education, health, security etc the rich can afford themselves without any recourse to government. Nigerians are suffering today and getting deeper into poverty because there is no development to lift them out of the situation. After four years of this government, with all its nationalism and subsidy the result has been more suffering and poverty.

Although subsidy is pursued in the name of the people, it is the rich that however benefit more from it. What is the population of Nigerians who own cars and generating sets? Or even use automotive transportation regularly for their means of livelihood? More than 60 percent of Nigerians live in rural areas where there is little involvement with the fuel driven economy and life. With mass transportation and stable power supply the dependence on fuel will drop and we can’t do both if we continue to waste the scarce resources available on subsidy.

The rich does not need government and what it can provide; they can afford them. But the poor can’t and therefore should insist and ensure that the government protects its interest by doing what is right. What is right in this context is providing the necessities of life for the people, not throwing away money in their name. The labour unions and the civil society organizations have been the purveyors and defenders of this sadistic and self-abnegating argument for retention of subsidy. Instead of championing good, transparent and prudent governance, they are looking for an easy way out. But as you know, there is no easy way to life.

Subsidy is an entitlement culture and no society makes good progress on it. That is the reason civilized societies abandoned ascription as a basis for the allocation of resources for achievement and performance. An indicator of social backwardness is the prevalence of entitlement over merit and striving or effort. With the subsidy we have enjoyed, we are still worse off; common sense dictates that we try something different. The best place to start is in government.