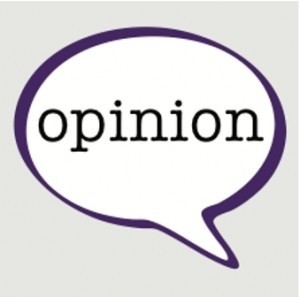 A South African man walked into a restaurant in Pretoria. Immediately he entered, he noticed a Nigerian sitting in the corner. So he walked over to the counter, removed his wallet and shouted, ‘’Waiter, I am buying food for everyone in this restaurant, except that NIGERIAN OVER THERE!’’

So the waiter collected the money from the man and began serving free food to everyone in the restaurant except the Nigerian. However, instead of getting upset, the Nigerian simply looked at the South African and shouted, ‘’Thank you!’’

That infuriated the man. So once again, he took out his wallet and souted, ‘’Waiter, this time I am buying bottles of wine and additional food for everyone in this bar, except for that NIGERIAN SITTING IN THE CORNER OVER THERE!’’

So the waiter collected the money and began serving free food and wine to everyone in the bar except the Nigerian. When the waiter finished, once again, instead of getting angry, the Nigerian man simply smiled at the South African and shouted,  ‘’Thank you’’.

That made the South African even more furious. So he leaned on the counter and said to the waiter, ‘’what is wrong with that Nigerian? I have bought food and drinks for everyone in this bar except for him, but instead of becoming angry, he just sits there and smiles at me and shouts ‘’Thank you’’. Is he mad? The waiter smiled at him and said, ‘’No, he is not mad, he is the OWNER of this restaurant.’’

May God make your enemies to always work unknowingly in your favour. Please shout amen! And guess what part of Nigeria the man hails from?

He said he belongs to everybody but belongs to nobody.  And it’s still reverberating. But perhaps, the persons he directed the second stanza at are yet to come to terms with it. Or, simply prefer to see it as a joke. That’s a topic for another day.

But he (President MuhammaduBuhari) shocked them when he welcomed the emergence of MessrsBukolaSaraki andYakubuDogara as the Senate President and Speaker of the House of Representatives respectively.

Of course, after all the threats offire and brimstone, it apparently dawned on them that it’s a ‘’done deal’’ with the chickens coming home to roost! A first baptism of fire for some self-acclaimed godfathers!

But the dust seems not to have settled. Over the weekend as some Nigerians gathered at a viewing centre to watch the Nigeria vs Chad football match, the issue almost caused a brawl between some APC/PDP sympathizers. Not members.

Reminded that APC members (as they were originallyseen) are strange bed fellows who cannot work together hence, just two weeks into the saddle, they are already showing their true colours, the enraged sympathizers went wild and only chilled when shouts of the first goal rented the air.

Trust Nigerians, football unites them only transiently but thereafter, they enter the trenches again. Thank God for the Eagles’triumph after a lackluster first half, it was the soothing balm that saved the ensuing ‘roforofo’ that day.

The truth is that Nigerians are worried. The change they clamoured for seems to be in a different wrap- that of a power struggle, for obvious reasons. But one thing is certain: Nigerians are wiser now!

Still on the power of football…

Many people who stormed the viewing center were very apprehensive and feared that the nation might experience another upset.

Recall that in quick succession, the country’s two teams, the Flying Eagles and Super Falcons, got humiliated out of the ongoing World Cup competitions in New Zealand and Canada respectively. Ok, the latter are still banking on mathematics to scale through!

Perhaps God is no longer a Nigerian in the game of football. For how long, you may ask? If the other nations are doing better, must He close His eyes because we are Nigerians? Did you even see how the coaches exposed their incompetence during the matches?

The sleepy town of Amurri in Nkanu, Enugu State, the home country of top Nollywood comic, John Okafor (MrIbu) bubbled to the brim last Friday when well wishers and colleagues from all walks of life stormed there in show of solidarity as he buried his dear mother, Mrs Victoria Okafor.

For a woman who died at the ripe age of 90, the two-day event, expectedly, turned carnival-like as everybody within the community and its environs also joined the party. And it was indeed a golden opportunity for them to physically see their favourite movie stars.

Also around for the man some swear that ‘’buffoonery catapulted into the limelight’’, were star crooners J Martins and Raw Nwanne (formerly Nigga Raw),as well as Klint da Drunk and you know what that meant!

Trust John Okafor: those who claim that he’s a spendthrift, shut their traps that day as he rolled out choice delicacies and drinks to further enliven the occasion. In sum, there was more than enough to munch and guzzle.

MrIbu and NkemOwoh also provided one of the spectacular side attractions of the event: the Igbo traditional way of greeting which drew loud applause from the guests. And lest I forget, the proceedings were actually coordinated by the comic’s international manager, Don Singles.

Everything over and successfully done, life has to go on for MrIbu as he jetted out to Accra, Ghana immediately after to complete a movie production hehad been compelled to shelve when his mother passed on.