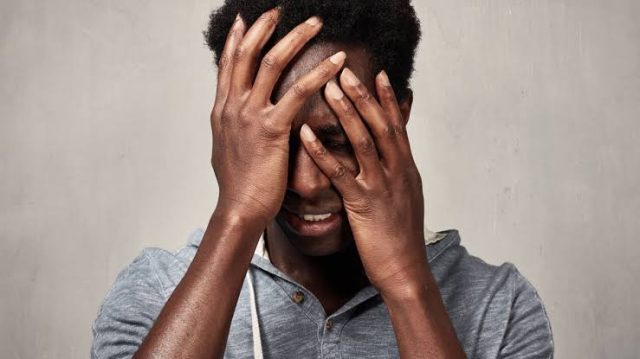 The growing number of mental disorder and all sorts of psychological ailments have been attributed to pervasive depression borne out of unfulfilled desires and goals, caused by economic hardship. In recent times, news of people jumping into the Lagos lagoon in apparent suicide has been rising by the day.

In a recent World Health Organization report on Nigeria, about 75% of those, who need mental healthcare in the country lack access. According to the world body, the country has  only 300 psychiatrists to treat over 200m people.

The continent of Africa  has one psychiatrist for every 500,000 inhabitants, a figure  100 times less than the WHO recommendation.

Dr. Hannatu Abdullah , a psychiatrist told Business Hallmark that ‘ depression is on the rise, we are seeing cases that easily move to mental illness. The reason is simple: economic hardship is driving many Nigerians inwards, dislocating their mental process.

Many of these psychiatrists are worried and  raising alarm that unless something is done fast to improve the economy, the cases will reach epidemic proportions. As it is now one in four Nigerians, that is over 50 million Nigerians, are  said to be suffering from one mental disorder or the other.

Dr. Ayorinde Tanimola, a clinical psychologist in a chat with this medium noted that not less than 11 people per 100,000  cross to the other side yearly by suicide in Africa, a figure far  higher than the global average of nine per 100,000 people.

Further explaining, he said the government should make extra efforts to create enabling environment for business so that many young men and women will be productively engaged, adding that such step will reduce the rate of suicide, which he said, is driven by a sense or feeling of pointlessness, a situation in which life no longer has meaning for sufferers because of severe hardship.

A consultant Neuro-psychiatrist with Federal Neuro-psychiatric Hospital, Yaba, Dr. Jimoh Adejumo, recently disclosed to journalists that economic hardship  and growing insecurity in the country  have the capacity to  inflict mental illness on more Nigerians.

“In some cases, the individuals may not even know they are being exposed to mental health conditions.

“The truth remained that the social crisis are taking a toll on the mental health well-being of the citizens.

“If you look at the degrees of social crisis and hardships and compare it with what goes on in other climes, you will discover that we have a greater predisposition to developing mental illness,” he said.

He said the state of anomie in the country, coupled with high level of insecurity, insurgent attacks, kidnapping and other crises across the country, have in the main  left several people in the lurch, and therefore in need of psychiatric evaluation.

Adejumo said that about 64 million Nigerians have one form of depression or the other, adding that depression and stress were major predisposing factor to mental illness.

He said the situation is further exacerbated by the brain drain in the health sector , adding that  more than half of the number of mental health workers had been attracted to foreign countries.

“Researches have shown that one out of four Nigerians will have a mental health related problem in their lifetime and we have less than 300 qualified psychiatrists in the country.

“We don’t have enough mental health workers in the country and even the few that we have are all being attracted out of the country,” he said.

He implored government to put in place proactive measures to address the issues of economic hardship in the country.

Commenting on the growing regress into mental illness among Nigerians, Dr. Olugbenga Owoeye,  Medical Director, of Federal Neuropsychiatric Hospital Yaba, Lagos State, said that recent studies have revealed  that one out of every four persons has one diagnosable mental illness or the other, which is about 25 per cent of the population.

“So, you can see how common this condition is, mental illness is not only synonymous with those walking naked under the bridge; there are many people, who dress very well and go to the office occasionally, but who are suffering from mental illness,” Owoeye said.

On the types of mental illness prevalent in the country, he stated: “They range from minor conditions to major ones. Minor conditions like stress-related disorders or acute stress reactions like generalised anxiety, phobias of various types constitute the minor conditions. But when it is becoming major like in the case of effective disorders, major depression or in form of schizophrenia, it needs urgent attention.

“There are many types of schizophrenia, there is what we call a split mind; here, the mind is shattered and the person loses contact with reality. The person may also be hearing strange voices, seeing strange things, and having odd behaviours.

“Substance abuse-related disorder is also part of the major condition and this may be co-morbid or coexisting with some other major mental illness. Other minor conditions include eating disorders like anorexia nervosa and bulimia nervosa,” he said.

“Schizophrenia is a chronic, severe mental disorder that affects the way a person thinks, acts, expresses emotions, perceives reality, and relates to others. Anorexia nervosa and bulimia nervosa are different types of eating disorders. Eating disorders are psychological conditions that involve complicated relationships with body image and food. People with these conditions develop unhealthy eating habits and experience mental and physical symptoms.

Owoeye  mentioned  inadequate infrastructure as a big problem in combating mental disorder phenomenon. He hinted that out of 36 states and the Federal Capital Territory (FCT), the country has only nine federally-owned psychiatric hospitals, with six of them located in the six geo-political zones. The psychiatrist said there is still need for more to cover all the states considering how common these conditions are.

President, Association of Psychiatrists in Nigeria (APN), Dr. Taiwo Obindo, not too long ago raised the alarm that  more than 60 million Nigerians are in the visceral grip of   mental illnesses. Obindo, who doubles as  the chairman, Faculty of Psychiatry, West African College of Physicians, opined that: “Mental healthcare is in a sorry state, given that we have more than 60 million Nigerians suffering from various mental illnesses and the fact that only about 10 per cent of them are able to access appropriate care.

“We are left with more than 90 per cent, who are unable to access care and this group is called the treatment gap for mental illnesses. Knowing that 60 per cent of Nigerians live in the rural areas, they do not have access to appropriate care and have to travel long distances to access facilities.’’

“Also, the various levels of government in Nigeria should take the issue of providing security seriously. A significant percentage of suicide is associated with depression and Post Traumatic Stress disorder ( PTSD). The stress emanating from economic impoverishment and the pain of diverse forms of loss accruing from trauma easily predispose people to depression and, if not handled, ultimately to suicide.

He  stated that, “family members, religious organisations and employees of labour should be deliberate in their efforts to promote Mental health. We should try and care for each other, be observant and know when someone manifests symptoms of depression and help them to obtain specialist help.

“Also, Nigerians should learn to engage in regular mental health check-ups. All these preventive mental health strategies would help to reduce the rate of suicide in our society.”

In the area of a cure for suicide, he said: “The various arms of government in Nigeria should collaborate with mental health specialists to promote mental health by giving special attention to depression and anxiety disorder patients.

“Concerted efforts should be made to provide up-to-date equipment and mental health specialists who will focus on the areas of causes of suicide. Any patient who manifests early symptoms of depression or suicide should be given appropriate and adequate attention.