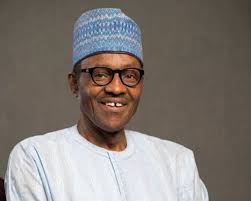 The Socio-Economic Rights and Accountability Project (SERAP) has advised the President-elect, Muhammadu Buhari, to make a public declaration of his assets soon after his inauguration on May 29.

This suggestion was first in a five-point anti-corruption outline that the organisation said it wanted Buhari to consider in order to eradicate corruption from the country.

SERAP, in a statement by its Executive Director, Adetokunbo Mumuni, yesterday, bemoaned the fate of the country in the face of institutional corruption, saying Nigerians had high hopes in Buhari to sanitise the system and alleviate the sufferings of the common man.

According to SERAP, by declaring his asset, Buhari would have set a standard for the culture of transparency, which the organisation said was currently missing in public life.

It advised Buhari to make his war against corruption all-inclusive in terms engaging the public and prosecution without fear or favour. It however urged him to go about it in a manner that would not make it look like a war against the opposition.

“The President-elect must appreciate the legacy of systemic corruption, its human rights costs; and anticipate the scale and challenges of reconstruction.

“First, the President-elect should demonstrate the political will to prevent and combat corruption not only within his presidency but also at all levels of governance. His strategy should reflect the importance of transparency, accountability and participation.

“As a first step, the President-elect should immediately after 29 May 2015 demonstrate his total rejection of corruption by publicly declaring his assets and publicly instructing all members of his government to do the same,” it said.