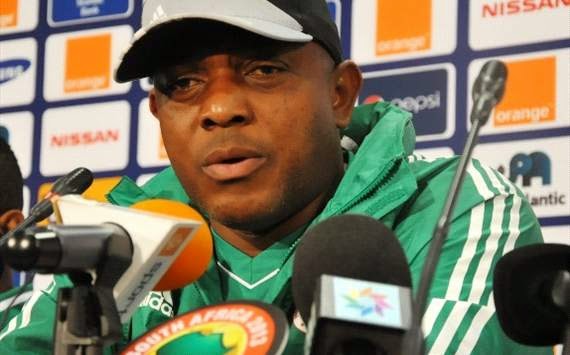 Keshi, who recently signed a 2-year contract with the NFF to continue as the Super Eagles coach, was left hanging in the wind for nine months before he was confirmed to continue, though he did handle the team on an interim basis after his contract expired last July.

And Danagogo has revealed that the NFF’s hesitation was not down to incompetence on Keshi’s part, but due to ‘lack of respect’ and ‘insubordination’.

“When I interviewed the NFF when they were yet to re-sign him, they weren’t even complaining about incompetence or anything of the sort.

“But it was more of them complaining of Keshi not respecting their superiority and insubordination on his (Keshi’s) part,” he told SL10.ng.

The outgoing Sports Minister however posits that he believes both Keshi and the Nigeria Football Federation have learnt their lessons and advised they should cooperate more and try to work better together.

“I believe Keshi has learnt his lessons, and so also the Nigeria Football Federation. I think they should cooperate and work well together and if they do, they will succeed,” Danagogo concluded.