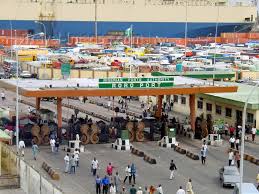 The Association of Nigerian Licensed Customs Agents (ANLCA) on Thursday threatened to shut down the Lagos ports over restriction order on movement of trucks.

This is contained in a statement made available to newsmen in Lagos by the national publicity secretary of the association, Mr Kayode Farinto.

The statement said the association might have no option than to collaborate with trailer drivers, ask its members to withdraw their services and shut down the ports.

It said, “This is pending when the Lagos State government will change its policy on this or provide an alternative measure.’’

The statement said ANLCA frowned at the restriction order placed on movement of trucks within the Lagos metropolis between 6 a.m. and 9 p.m.

The association described the restriction as counter-productive, adding that it had been impacting negatively on the economy.

“Within these few days, the man-hour loss by shippers and Customs brokers cannot be replaced.

“We are of the opinion that the Lagos State government would have been magnanimous enough to assist in providing a temporary holding bay for trucks transporting goods from ports to different destinations.

“Nigerian ports being the gateway of the nation’s economy must be guarded jealously.

“The negligence of some reckless drivers must also be taken into consideration too,” it said.

The statement said to revamp the economy, the association, in solidarity with the Truck Owners Association, urged the governor of the state, Mr Akinwumni Ambode, to give the decision a second thought. (NAN)