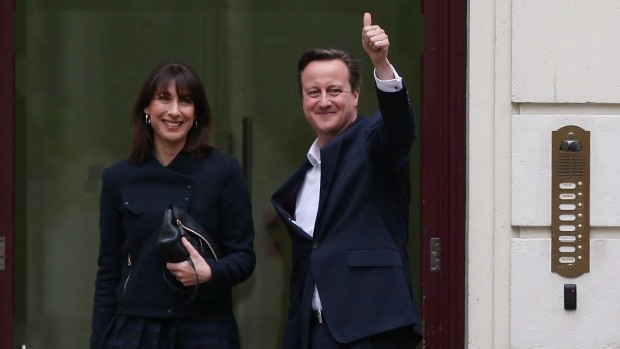 PM Cameron says he will “go on working hard” after his Conservative party defies expectations and wins thin majority.

The results confirmed a shock exit poll projection published by British broadcasters late on Thursday night that put the party way ahead of the opposition Labour Party with 316 seats. Updated projections put the Conservatives on 329, an absolute majority.

The poll also predicted Labour winning 239 seats, the Scottish National Party (SNP) winning 58 and the Liberal Democrats winning 10. Labour’s tally was further revised down to 233 as the vote counts came in.

The party’s leader, Ed Miliband, is expected to resign his position, sources within the party told Al Jazeera on condition of anonymity.

Nick Clegg, who was deputy prime minister under the outgoing coalition government, announced his resignation as leader of the Liberal Democrats after his party’s “catastrophic” defeat.

Clegg called the loss of more than 40 of the party’s seats “the most crushing blow to the Liberal Democrats” since it was founded.

Speaking after successfully defending his seat in Witney, Cameron said his Conservative party’s policies in the last government had been vindicated by the result.

“This has been a very strong night for the Conservative Party,” the prime minister said.