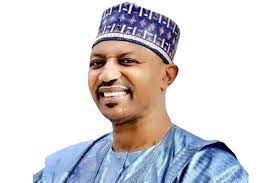 An in-law to President Muhammadu Buhari and a former governorship aspirant and founding member of the All Progressives Congress (APC) in Kaduna, Sani Shaaban, has announced his resignation from the ruling party.

The former member of the House of Representatives, who contested for the governorship primary in May 2022, made this known on Monday, in a letter addressed to the chairman of APC, Hanwa Ward in Sabon Gari Local Government Area of the State

According to Shaaban, APC in Kaduna State has little or no regard for human lives, social integration, and rule of law, hence his decision to quit his membership of the party.

Shaaban said he can no longer remain in the ruling party under the present state of affairs where, according to him, the interest of the majority of common folks is little regarded.